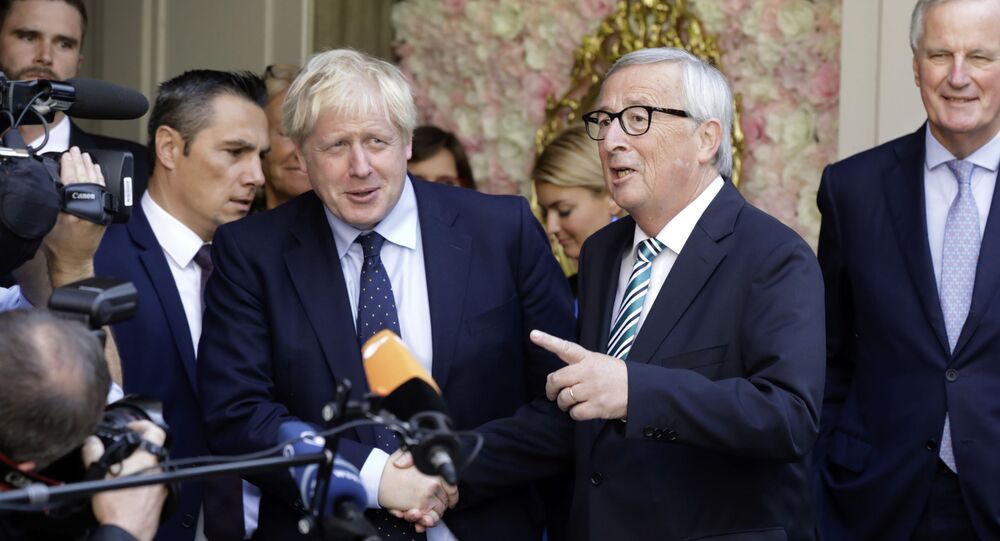 A BBC editor said that EU leaders are also aware that UK prime minister Boris Johnson could become "hardline" and are set to quickly ratify a Brexit deal to prepare for negotiations amid the 12 December election results.

BBC Europe correspondent Katya Alder reportedly said during exit poll coverage on a show with colleague Huw Edwards that there was an "interesting atmosphere" amongs European officials attending an EU summit in Brussels.

EU officials were "supposed to be discussing Libya" but were instead "on their phone tyring to have a look at what the results are", Ms Alder said as quoted by The Express.

"Uncertainty" that was "damaging" for the UK was to blame, she said.

Ms Alder added: “I received a text message almost straight away from a politician in a country that is traditionally pretty close to the UK, saying this might mean saying goodbye to our British friends.

The BBC Europe correspondent added that it was not about voting Labour or Conservative, but "having a clear path forward and ending the uncertainty".

She said that despite UK prime minister Boris Johnson's "big win", he would lose his close relationship to the EU - the UK's largest trading partner.

Speaking on the exit poll numbers, she said: "Forget it, this is Brexit stage one. If we leave the European Union in January, we go into Brexit stage two. Trade negotiations, and then we’ll be told the clock is ticking once again.

PM Johnson and the Conservatives made significant gains across the UK on Thursday evening, where Tories won 364 out of 650 seats, including traditionally Labour heartland constituencies in the Midlands and northeast England. Labour, SNP, Liberal Democrats and Democratic Unionist Party earned 203, 48, 11 and 8 seats, respectively. The British prime minister said that he would fulfil Brexit 'come what may' and break the ongoing deadlock in place since the June 2016 EU referendum, where 52 to 48 percent voted to leave the EU.