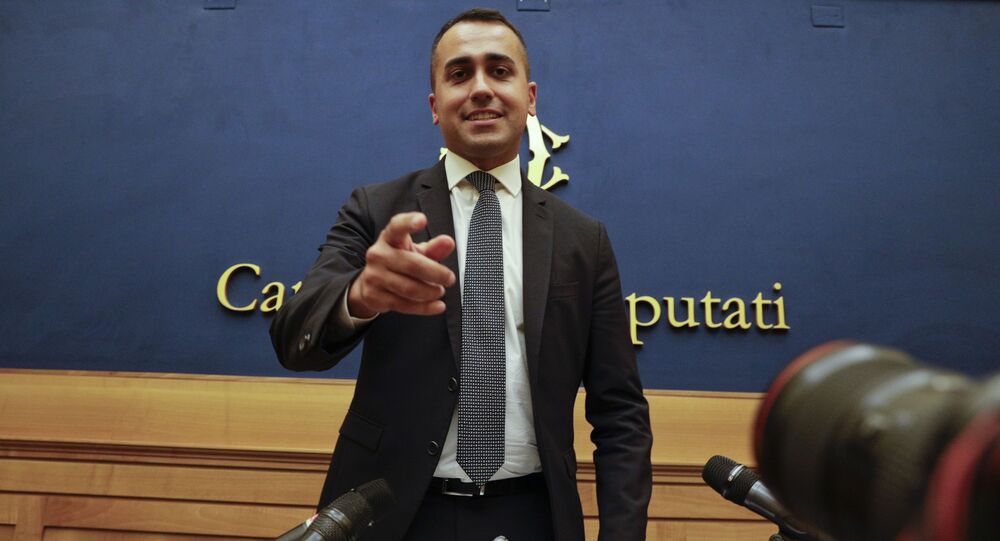 MOSCOW (Sputnik) - The most recent row concerns the reform of the European Stability Mechanism, an EU scheme that provides financial aid to defaulting countries. The EU has proposed reforming the mechanism according to International Monetary Fund standards, which would make support for states in financial need conditional on debt restructuring.

Italian Foreign Minister Luigi Di Maio’s 5-Star Movement Party (M5S) will only support proposed reform of the European Union’s bailout fund if it is fundamentally changed, Italian media reported on Tuesday, as a fresh row emerged within the country's coalition government, four months after the collapse of the previous coalition.

Italian Prime Minister Giuseppe Conte voiced his support to the proposals, drawing the ire of his coalition partner, Di Maio, who claimed that he could give his support once wider banking reforms were known.

"We knew that the ESM had reached a certain point of its reform, but also that it was part of a package that included the reform of the banking union and insurance on deposits", Di Maio said, as quoted by ANSA.

Di Maio has raised concerns that reforms to the ESM would create increased pressure on financial markets and could potentially harm Italy should the country default. According to Eurostat reports, Italy’s public debt is in excess of $2.6 trillion, and this figure has increased since 2018.

"We will decide how and if the ESM reform will pass", Di Maio remarked, as quoted by the media.

On Monday, the prime minister addressed concerns raised by Italian opposition parties that they have not been provided the full details of the proposed ESM reforms.

"The accusations made in recent days by several opposition figures about a lack of information or consultation over such a sensitive issue are completely false", Conte retorted, as quoted by ANSA.

The prime minister also claimed that the government was working to improve the ESM reform and that he had taken Di Maio's criticisms on board.

The current row looks set to cause friction between Italy’s new coalition government, established in September after a governmental crisis. Di Maio, leader of the anti-establishment M5S became Italy's new foreign minister in early September in the coalition government of the M5S and its new ally, the center-left Democratic Party.

The previous coalition between the M5S and Matteo Salvini’s right-wing Lega Party collapsed in August, in what many saw as a move to initiate a snap general election.