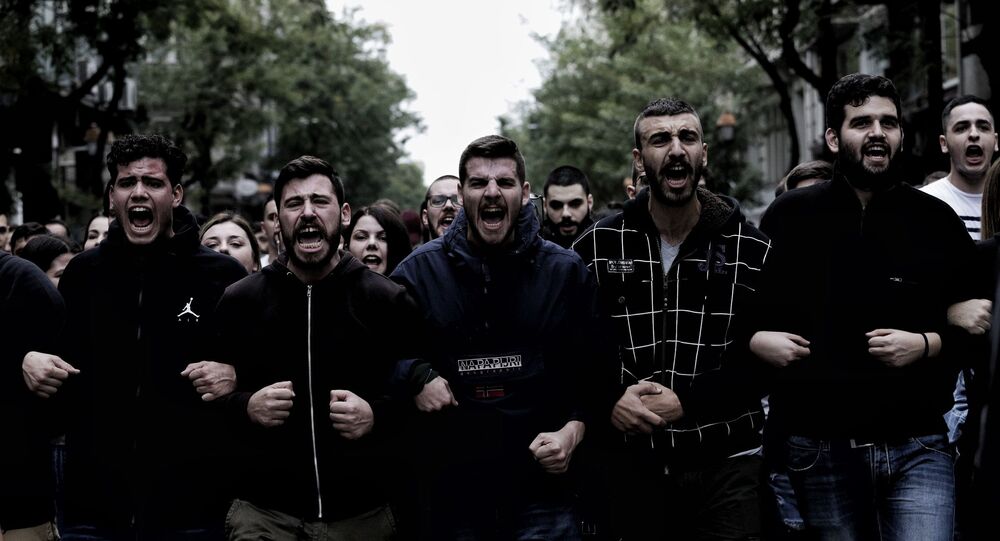 Five thousand police officers have been mobilised for today's march that traditionally begins at the gates of the Polytechnic School of Athens.

Thousands of Greek citizens took to the streets of Athens to march towards the US Embassy on Sunday in commemoration of the anniversary of the Polytechnic uprising, shouting anti-government and anti-American slogans.

Former prime minister Alexis Tsipras was among the protesters who earlier said on Facebook that the march "honours those who resisted the American-instigated junta and paid the price of persecution, torture, imprisonment and exile."

The uprising took place in November 1973, starting as a massive student demonstration against the Greek military junta that had been ruling the country for six years.

The revolt escalated on 17 November when tanks broke the gates of Athens Polytechnic, killing 23 people and injuring more than a thousand, although according to official figures there were no casualties at all.

Although the uprising was crushed, it led to mass protests, the result of which was the overthrow of the dictatorship.

A public action honouring the victims takes place every year and is characterised by anti-US sentiments as Washington supported the Greek junta that was in power from 1967-1974.