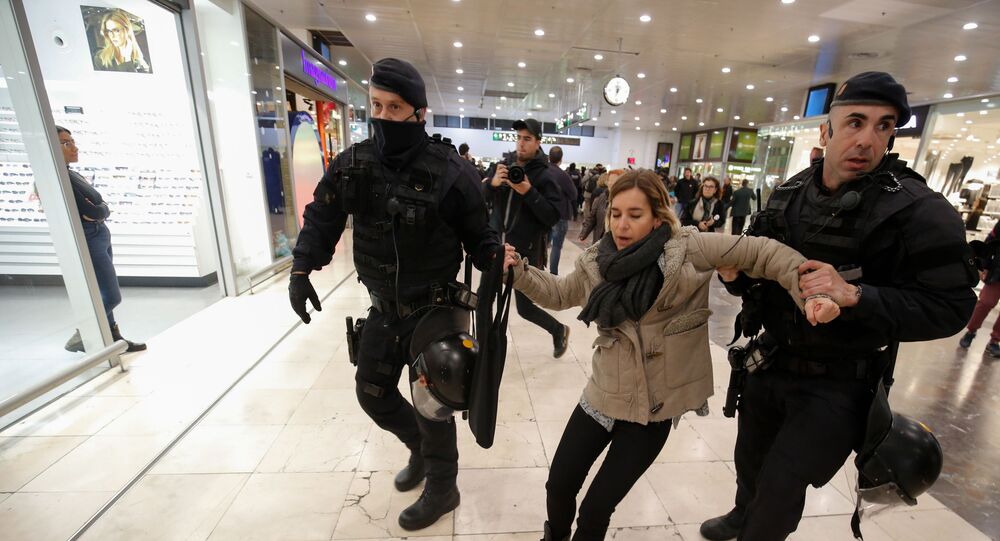 Pro-independence demonstrators staged a protest outside Barcelona’s Sants railway station on Saturday, with about a hundred storming the platforms and staging a sit-in, media reported.

Committees for the Defense of the Republic (CDR), an umbrella organisation for various groups that stand for Catalan independence from Spain, organised the demonstration calling for a total blockade of the station via Twitter.

​The train schedule was not disrupted as the demonstrators were shortly pushed out of the station to their comrades outside. No arrests were made, according to Spanish publication El Pais.

© AFP 2021 / PAU BARRENA
A demonstrator, surrounded by police officers, sits outside the Barcelona Sants railway station, during a protest called by local Republic Defence Committees (CDR) on November 16, 2019 in Barcelona.

The pro-independence protests in Catalonia began in mid-October as the Spanish Supreme Court sentenced nine Catalan pro-independence leaders to lengthy prison terms over their involvement in the 2017 independence referendum. Hundreds of people have been arrested and injured in the unrest in the wake of the court's decision.