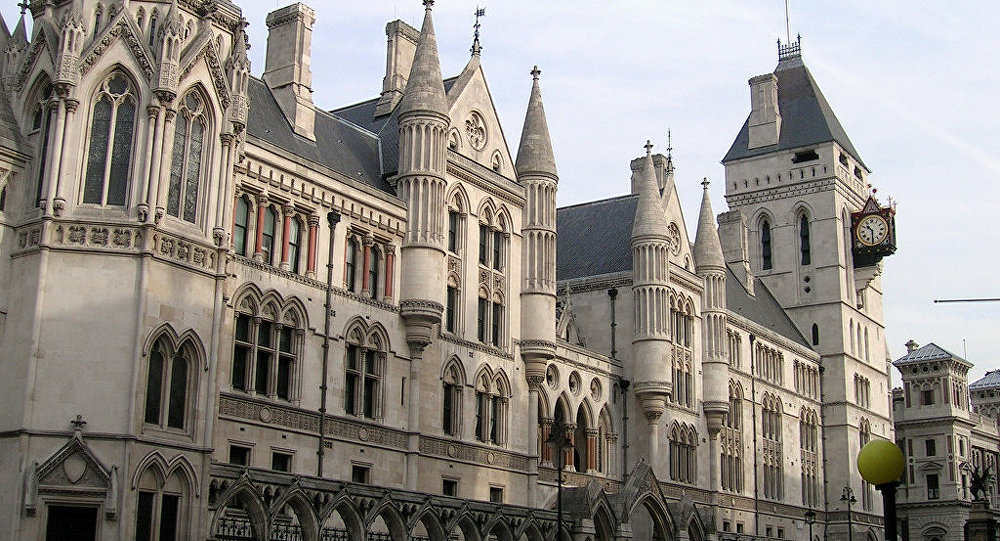 The journalism NGO is demanding that Number 10 Downing Street release a Parliamentary report into alleged Russian interference in British politics, under the threat of legal action should the Prime Minister's office fail to comply.

On 5 November 2019, it was reported that UK intelligence officials had cleared the way for Parliament's “Russia” report to be published. In the report, the Intelligence and Security Committee of Parliament reportedly examined allegations of Russian government interference in the 2016 elections as well as in the Brexit referendum, which Moscow has repeatedly denied. The Intelligence and Security Committee has since passed the report onto the UK Prime Minister Boris Johnson, however Number 10 Downing Street has said it won't publish its findings until after the 2019 general election which is set for 12 December 2019.

The Bureau of Investigative Journalism (TBIJ) has sent a letter to the Prime Minister's office, dated 13 November 2019, outlining what they say is a common law duty for the government to publish the 'Russia' report as it is the public interest.

BREAKING: The Bureau of Investigative Journalism has launched an urgent legal challenge aimed at forcing the government to publish the report examining alleged Russian interference in British politics https://t.co/3KmMCTztgI#ReleaseTheRussiaReport pic.twitter.com/u4NmzsW6wT

​The letter, which is available online, is drafted by the solicitor's firm Leigh Day and makes clear that if the Prime Minister fails to respond to the letter by 4pm on Tuesday 19 November 2019 the firm are instructed to challenge that decision via the High Court by way of an application for judicial review. Judicial review is the process by which members of the public can challenge the legality of decisions, actions, or omissions of public or quasi-public bodies or authorities.

The letter[pdf, p2] says that the Justice and Security Act 2013 demands that the Intelligence and Security Committee publish the conclusions of its investigations. The Prime Minister has the power, under the same law, to limit the publication of aspects of the report if he determines it would be:

"prejudicial to the continued discharge of the functions of the Security Service, the Secret Intelligence Service, the Government Communications Headquarters or any person carrying out activities falling within section 2(2).”

But, TBIJ argues, these exemptions do not apply in this situation because the security services already reportedly came to an agreement with the parliamentary committee on a publishable version of the report.

Their letter also argues that there are, "substantial indications of Russian interference in UK politics and elections" and specifically mentions investigations by The Guardian newspaper to evidence that claim.

James Ball, TBIJ's Global Editor, published an article on 13 November 2019 which argued that, "Russian interference threatens elections across the world". Ball's article cites alleged 'Russia-linked' social media accounts and a report from the Senate Intelligence Committee as examples of evidence of 'Russian interference' in US elections and politics.

It is noteworthy that US-based investigative journalist Aaron Maté, who was recently awarded the Izzy Award for his coverage of Russiagate in the US, has cast serious doubt on the allegations of US election interference by the Russian state. However, neither Ball's article, nor TBIJ more generally, make any reference to the critiques made by journalists like Maté that actual evidence of illegal election interference by the Russian state is lacking.

The Bureau of Investigative Journalism has launched a crowdfunder calling on members of the public to assist with legal fees in the cause.

The organisation was founded in 2010 by writer Dr Elaine Potter and her husband Dr David Potter CBE. David Potter is a business man who founded the Psion operating system for handheld computers. According to The David and & Elaine Potter Foundation, of whom both are trustees, Elaine Potter is also a trustee of: Trust for the Bureau of Investigative Journalism, the Centre for Investigative Journalism (Chair), openDemocracy, Limited, Index on Censorship, and the University of Cape Town Trust.