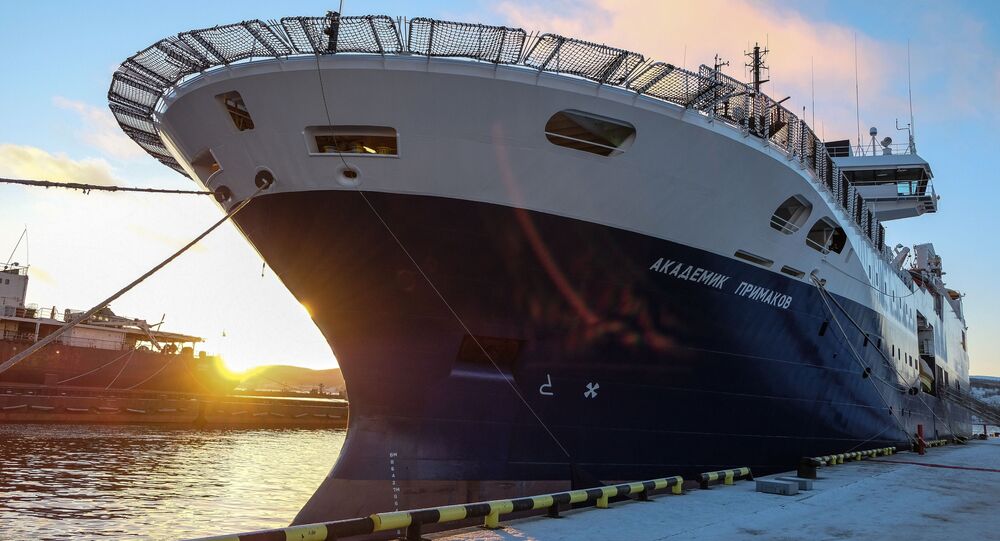 Zakharova has commented on the Estonian decision to deny the Russian vessel to enter the country's territorial water, saying "this decision causes extreme puzzlement, given that the Estonian side has granted a relevant permit to the same vessel twice this year. However, this time it has responded with a refusal, without explaining the reason".

"This is already the third episode over the recent period when Tallinn refuses Russian sailors and aircraft. In early October, an aircraft carrying Russian deputy prime minister was barred from flying over Estonia's territory, and in April, Russian training ship Sedov was denied entry in the territorial waters of the Republic of Estonia", Zakharova explained.

She stressed that Moscow would take Estonia's "unfriendly stunts" into consideration when shaping the bilateral relations policy.

Prior to this, the Estonian president's office said that Russia has not responded to Estonian President Kersti Kaljulaid's invitation to Russian President Vladimir Putin to attend the eighth World Congress of Finno-Ugric Peoples in Tartu next summer, which was conveyed to the Russian leader in April.