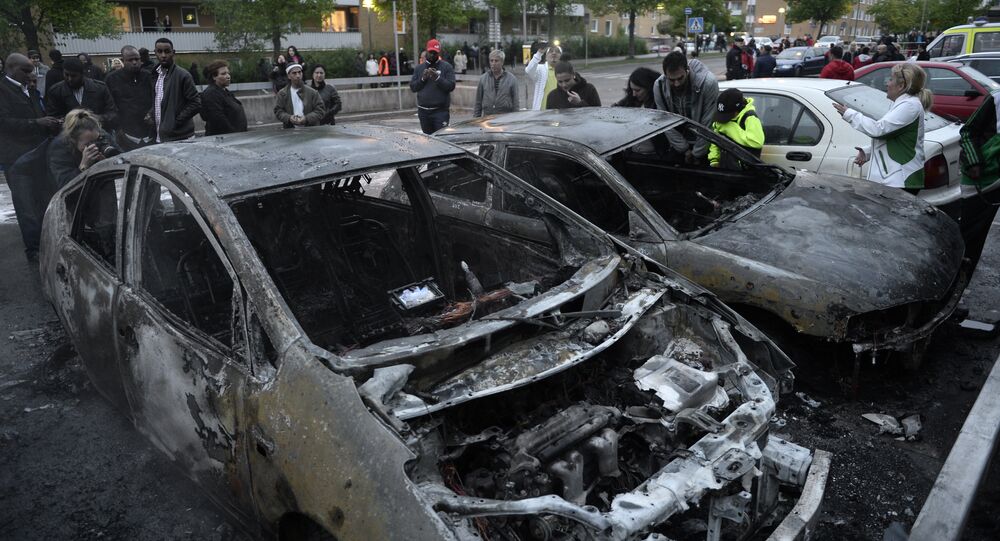 According to Leif Östling, former CEO of one of the world's leading truck manufacturers, immigration has spiralled out of control and has placed Sweden on the brink of “internal wars”, where military force may be needed to quell unrest in migrant areas.

In a lengthy interview with SwebbTV, the former Scania CEO has claimed that the arrival of new migrants poses severe integration problems and may have drastic repercussions for the Swedish economy and society as a whole.

“Now this is a simple question there, and it's because we've taken in far too many people from outside. And we did. Those who come from the Middle East and Africa live in a society that we left almost a hundred years ago”, Östling said.

Leif Östling described Sweden as an “incredibly complicated society”, suggesting that a “knowledge transfer” is required, but will take at least a whole generation. Östling cited his own experience of dealing with non-Swedish immigrants during his time at Scania, when manufacturing processes were much simpler, as opposed to today.

“Today we have so much more sophisticated processes. And these are very difficult for these people to absorb and understand. We had a number of Somalis in Oskarshamn. It was close to a hundred. Not everyone managed. Partly because you had to arrive on time, and they weren't used to it. Partly due to team work, they were not used to it either. Of the hundred, only ten were able to stay. The rest went out into unemployment again”, Östling said.

According to Östling, more business executives share his views, but they are more cautious about expressing themselves publicly so as not to hurt the company. He stressed that orderliness is crucial for companies, as well as for societies in general.

“Those who fail to embrace order and to settle down over time will fall apart and collapse”, Östling said.

According to Östling, it is nevertheless possible to fix Sweden's problems within a decade.

“We must get it right. If this continues, we may end up in an uncontrolled situation where internal wars will erupt and we may be forced to deploy our military in these so-called vulnerable areas”, Östling said, alluding to dozens of heavily segregated no-go zones rife with crime and lawlessness. He also stressed that time is scarce to solve the problems.

74-year-old Leif Albert Östling led the Scania AB truck company for many years. In spring 2016, he was appointed chairman of the Confederation of Swedish Enterprise, a post he later left in November 2017, after it transpired that he had placed money abroad to avoid Swedish taxation. His comment “Here, you pay 20-30 million a year, what the hell do I get for the money?” went viral. Later, Östling said that the expletives were the only thing he actually regretted.