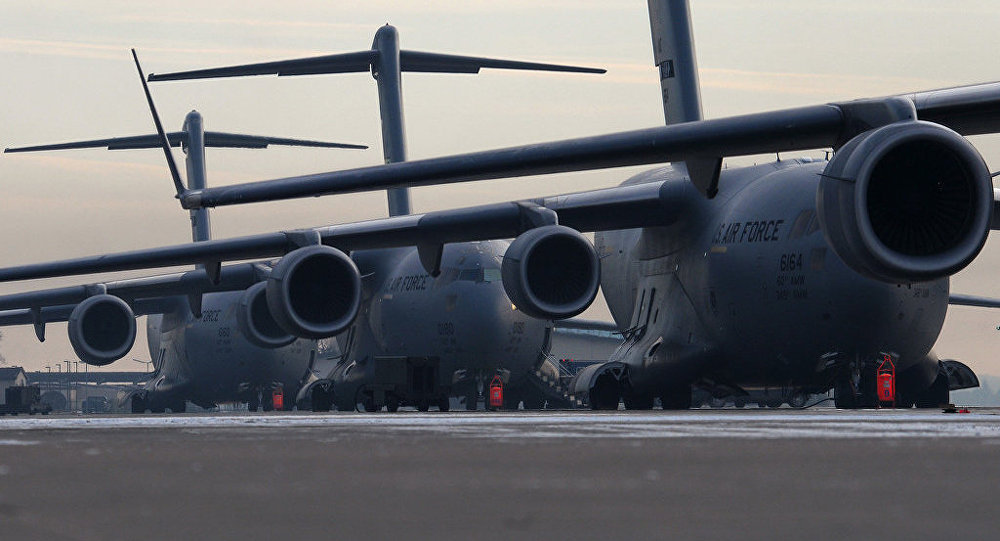 Bundestag Lawmakers Want US Troops, Nukes Out of Germany

The United States maintains nearly three dozen military bases in Germany, with troops stationed in the country since the end of the Second World War, and long after the end of the Cold War and the withdrawal of Soviet/Russian troops from the country in the early 1990s.

Lawmakers from Germany’s opposition Left (Die Linke) Party want US troops and nuclear weapons out of the country, calling on Berlin to cancel the agreements allowing foreign armed forces to be stationed in Germany, and saying the continued deployment of the estimated 35,000 US military personnel in the country only serves to create tensions with Russia.

In a parliamentary motion issued earlier this month, lawmakers stated that the presence of US troops was “incompatible” with Germany’s constitution, known as the Basic Law, since the US uses German bases to carry out military operations in the Middle East, including the buildup against Iran, and “targeted elimination” operations in Pakistan and Afghanistan. The motion also points to the planned modernization of 20 US nuclear bombs at the Buchel Air Force Base in western Germany, which lawmakers find unacceptable.

“The presence of US forces in the region is being used to create tensions in relations with Russia. US forces are transferred in columns on roads and railroads from one US base to another, bringing them closer to Russia’s western borders,” the motion reads, adding that such movements “violate the spirit of the Two Plus Four Agreement, which precludes the presence of foreign troops and nuclear weapons in Germany’s eastern states.” © AP Photo / Andreea Alexandru
Servicemen of the "Fighting Eagles" 1st Battalion, 8th Infantry Regiment, walk by tanks that arrived via train to the US base in Mihail Kogalniceanu, eastern Romania, Tuesday, Feb. 14, 2017.

Signed in 1990 by East Germany, West Germany, the USSR, the US, France and the UK, the Two Plus Four Agreement committed NATO members apart from Germany not to deploy forces in eastern German lands following East Germany’s unification with West Germany. Western leaders also made verbal promises to the then-Soviet leader Mikhail Gorbachev not to expand the alliance eastward, a promise they have since repeatedly violated. Between 1999 and 2004, every single member of the former Soviet-led Warsaw Pact alliance, as well as the Baltic republics of the USSR itself, have joined NATO.

According to Linke lawmakers, the ongoing rotating deployment of NATO forces in Poland and the Baltic states also place pressure on the 1997 NATO-Russia Founding Act, which committed the two sides to mutual security in the Euro-Atlantic area. “A permanent deployment of US forces in Poland and other Central and Eastern European countries, as brought into play by the US side, should be interpreted as preparation for war,” the motion warns.

The document also points to the €71 million German taxpayers will spend to maintain the presence of US and other foreign forces in the country in 2020, and suggests that such outlays are unacceptable.

In light of these factors, Linke calls on the federal government to terminate the agreement to allow foreign forces to be stationed in Germany, and to force all foreign troops to leave the country after a notice period. The motion further calls on Berlin to force the US to withdraw its nuclear weapons from German territory, and to pass legislation to prevent weapons of mass destruction of any kind from being stationed in the country.

The motion, dated October 15, was signed by Linke chairwoman Sahra Wagenknecht and party co-leader Dietmar Bartsch on behalf of the faction. The government has yet to publicly respond to the motion. 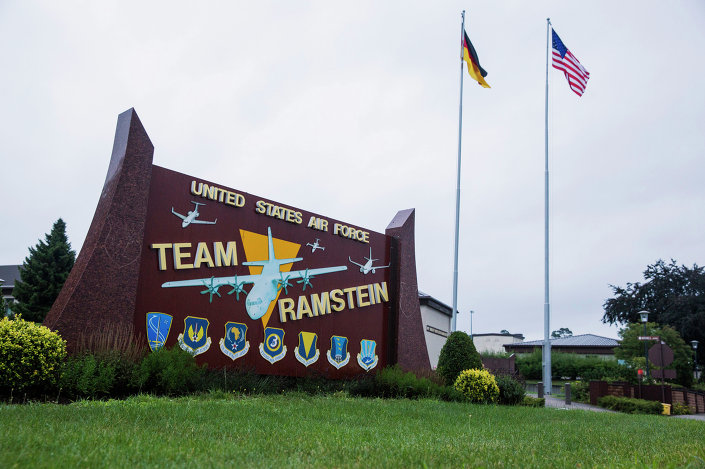 © AP Photo /
The US and German flags fly behind a sign at Ramstein Air Base, Germany.

In a separate development, lawmakers from Linke and fellow opposition party Alternative for Germany took part in a debate in the Bundestag on Thursday, calling on Western countries and Germany to lift all sanctions against Russia, arguing that in the five years that they have been in place, sanctions have only served to harm Germany’s economy.

Germany was occupied by the four allied powers – the USSR, the United States, France and the UK, in 1945 after the end of the Second World War. Germany was divided into two states in 1949, and became the dividing line between NATO and the Warsaw Pact. In 1990, with Moscow’s approval, Germany was reunited, East Germany was absorbed into the Federal Republic, and the USSR agreed to withdraw the estimated 338,000 troops and 24 divisions stationed in the eastern part of the country. The US, France and the UK also parred down their deployment in the country, but continue to maintain a presence, although the French and UK deployments have become largely symbolic. The US, on the other hand, continues to maintain some 35,000 troops, along with over 11,000 civilian contractors, across some 34 bases dotting the European state. 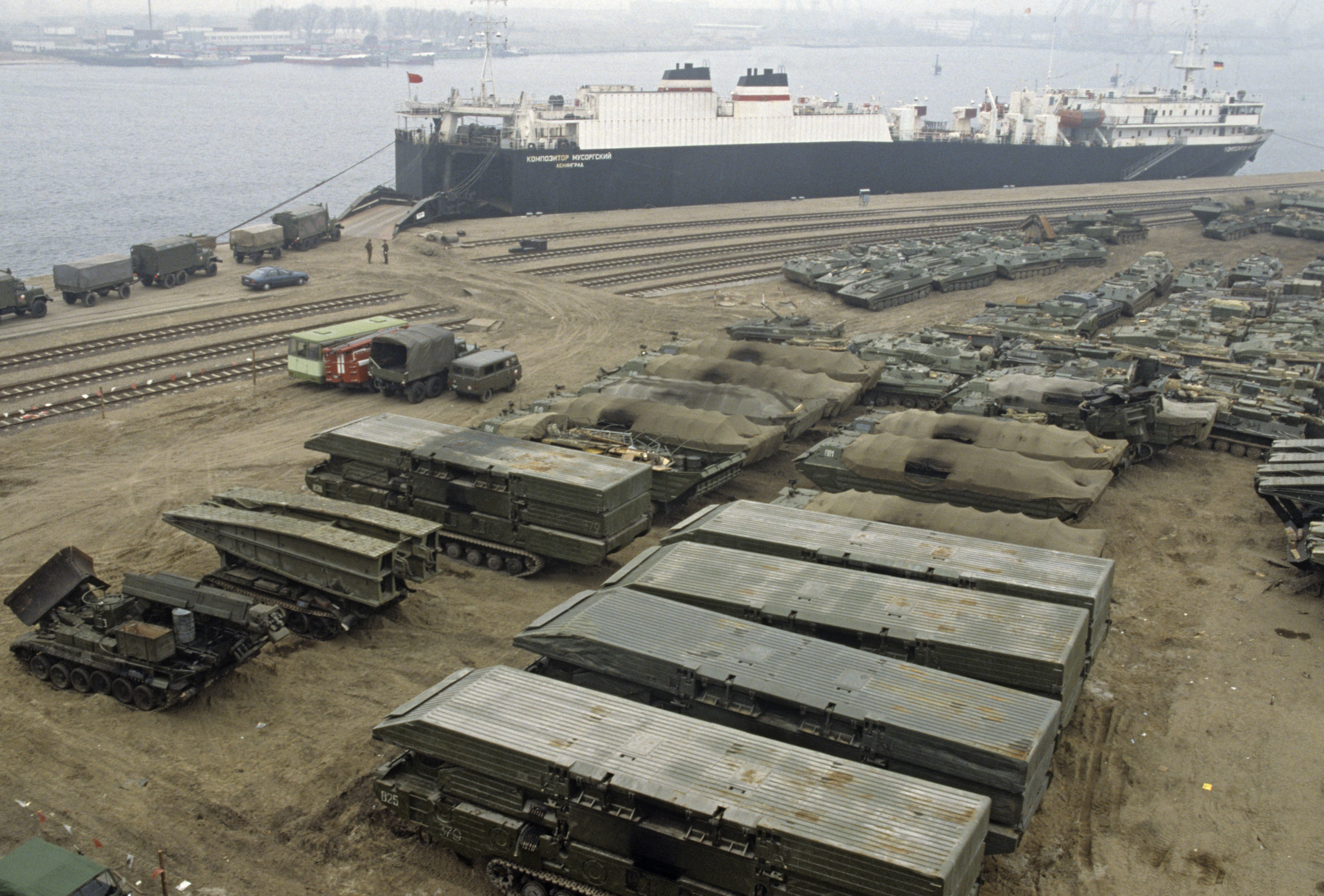