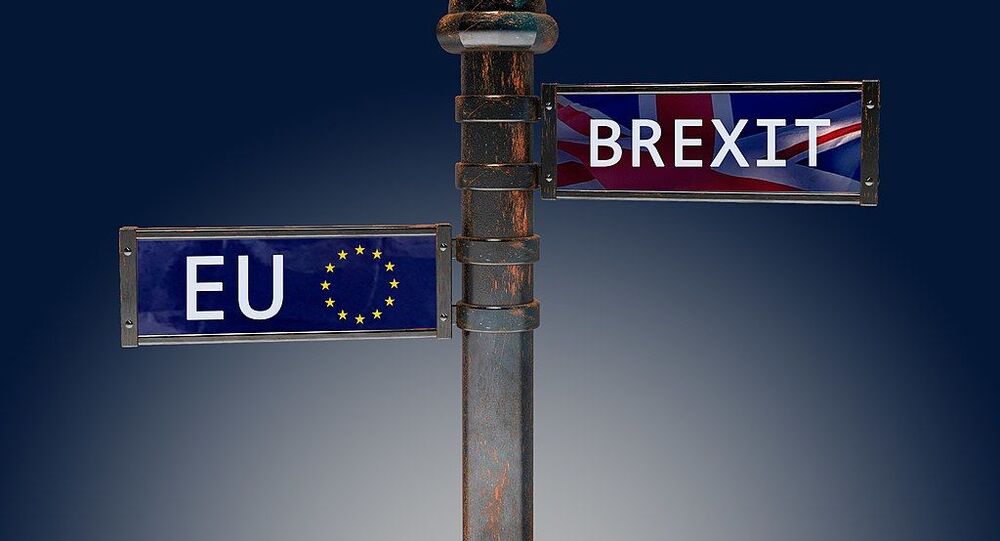 The UK press provided broad coverage of the tumultuous day at Westminster yesterday, with editors’ creativity going as far as mentioning the Bonfire night and Guy Fawkes’ botched plot. Yet, whatever the “purgatory” that Brexit is going through, the recurrent motif is that Parliament is preventing the “historic” deal from happening.

After the turbulent, “titanic” Tuesday that ushered in a heated debate on the schedule for a deal, with MPs blocking a fast-track proposed by Boris Johnson, British papers are full with headlines stinging Parliament.

The Guardian leads with a straightforward rundown of the facts: “Parliament puts brakes on Johnson’s race for Brexit", explaining that the block of the timetable occurred even after he threatened to withdraw the bill and call for a general election. Johnson will now address EU leaders asking to avoid a lengthy delay, it says.

“Brexit is in purgatory", another broadsheet, The Daily Telegraph, says in its headline, after MPs debunked Johnson’s “do or die” pledge to leave the EU on Halloween. As the story progressed and was edited throughout the day, it outlined how the PM “put Britain on a general election footing” after the latest setback, referring to the Parliament giving a no-go to Johnson’s tight Brexit schedule.

Other newspapers, like The Times and the famous pink pages of the Financial Times, not surprisingly, picked a more balanced approach, with the former, however, a bit cheekily placing “frustrated” arms-crossed Boris Johnson’s image next to the story on scientists presumably coming up with a breakthrough drug that can slow Alzheimer’s symptoms.

“Frustrated PM faces Brexit delay", the headline reads, focusing on the failed part of the talks.

The FT used almost exactly the same wording in its splash headline, with later versions adding that a “snap election was back on the agenda” as if to slightly soften Johnson’s purported frustration.

The tabloids, meanwhile, have en masse taken a swipe at parliamentarians’ “dithering”, which has again prevented the deal from taking effect as scheduled.

The Sun, for instance, instantly took aim at former Tories, giving the ”No”-vote to the deal and the tight three-day schedule, citing Little Britain’s Vicky Pollard: “yeah but no but…” implying the complete indecisiveness among the Tory ranks.

The Mirror, meanwhile, deployed the air around the usually widely-celebrated Halloween, which was also to mark Britain’s landmark constitutional step.

“PM’s Brexit horror”, the headline reads, with the article’s opening phrases having it that Johnson doesn’t stand a “ghost of a chance” of leaving the EU as originally timetabled. It also stressed Johnson’s preparedness to pull the withdrawal bill entirely before he, on second thoughts, opted to pause it.

“Trust this lot to turn triumph into disaster!” The Daily Mail’s headline reads picking an exclamatory tone to send a veiled jab at the Parliament. The article refers to Johnson’s win on the second reading of the bill as a “huge boost", as MPs okayed the bill itself, but saying the next step is now in the hands of the EU.

Another tabloid, the Daily Express, follows a similar rhetoric addressing Tuesday as an “evening of high farce in Westminster”, and claiming in the headline, with its large letters taking up almost the whole of the front cover that MPs “spoiled a historic deal” with “yet more dithering”.

On Tuesday, the Parliament voted in favour of the renegotiated Brexit legislation as such, but at the same time blocked the three-day “programme motion" proposed by Prime Minister Boris Johnson, which would have established an accelerated timetable for the Parliament to debate and approve the legislation by the end of Thursday, so as to meet the 31 October EU exit deadline. After the vote was over, with the opposition calling for more room and time for greater scrutiny of the deal, Johnson said the UK would "pause" the legislation.

France Says Might Only Agree to 'Technical' Brexit Delay of Few Days, No Further Extension - Report