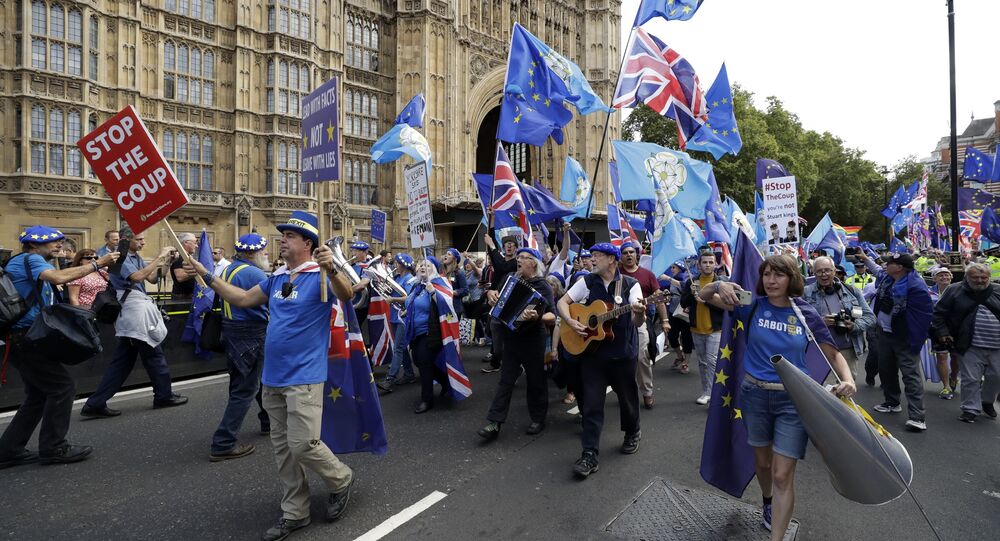 MOSCOW (Sputnik) - The UK Parliament's House of Commons will have an emergency sitting on Saturday to discuss the Brexit deal worked out by Prime Minister Boris Johnson and the European Union.

On Thursday, London and Brussels finally reached a new Brexit deal after protracted negotiations. The new Brexit draft has dropped the controversial Irish backstop to avoid a hard border in favor of giving the devolved parliament of Northern Ireland a say on any future arrangement concerning the territory. The agreement is now to be authorized by lawmakers in London, a step all previous deals failed to pass.

Since the beginning of WWII, the parliament sat on Saturday only three times, the last one being the Argentine's 1982 invasion of the UK-controlled Falkland Islands.

At the moment, the United Kingdom should leave the EU on October 31. Fearing that Prime Minister Boris Johnson might withdraw the country without an agreement, the lawmakers passed the law requiring him to ask for a three-month delay in the absence of an agreement with the EU as of 19 October.