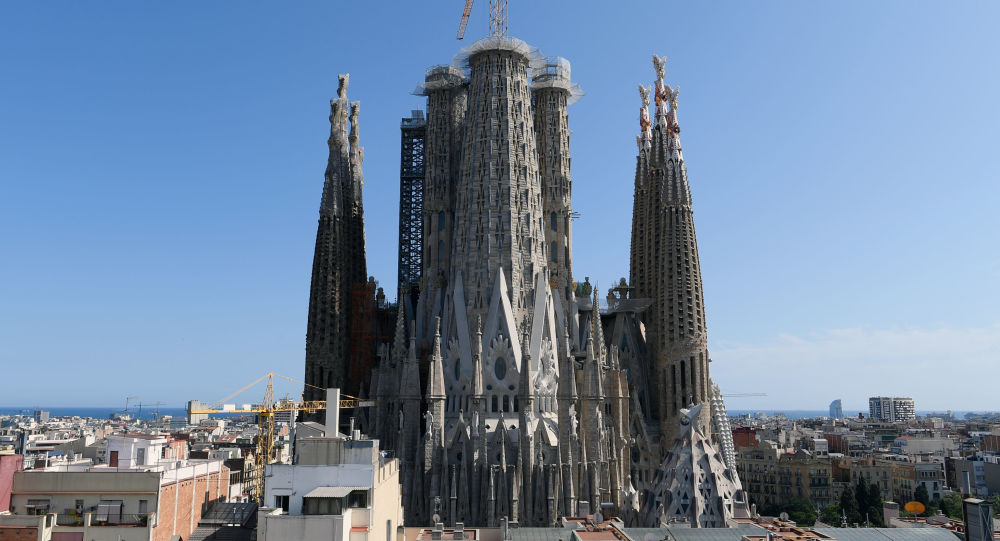 Protests started in Barcelona earlier this week following Spain Supreme Court's ruling concerning the former Catalan officials who were sentenced to prison over their role in organising the 2017 independence referendum.

The famous Sagrada Familia Basilica in Barcelona has announced that it has limited access to the church amid the ongoing Catalan protests.

Earlier in the day, the official Twitter account of the basilica said that a group of protesters blocked the entrance.

🔴 [EN] Due to a group of protesters currently stationed in front of the Basilica, blocking the entrance, we can’t ensure visitors will have access to the grounds.
We hope the situation will return to normal as quickly as possible. (1/3)

In another post, cathedral officials say that the basilica will be open to visitors as long as their safety can be ensured.

The Sagrada Família will remain open as long as we can guarantee visitors’ safety and a quality experience.
Any news in this regard will be posted on our website and social media. (2/3)

Protests erupted in Barcelona on Monday following a ruling of Spain's Supreme Court that nine out of 12 former Catalan officials were sentenced to prison over their role in organising an independence referendum in Catalonia in 2017. Then over 90% of voters said 'yes' to Catalonia's independence but Madrid called the referendum illegal and arrested several Catalan leaders.