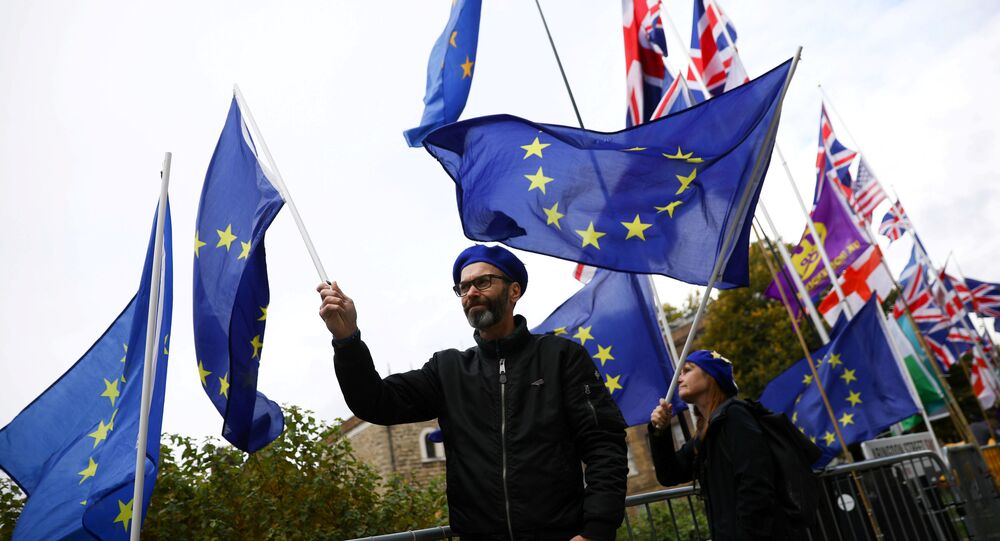 A new legal bid is seeking to effectively suspend the withdrawal agreement just one day before lawmakers are set to have a say on it.

An Anti-Brexit campaigner has filed a petition with Scotland’s top civil court to block Prime Minister Boris Johnson from getting his newly-approved deal through Parliament.

Jolyon Maugham QC, who had earlier launched legal action in the Court of Session to force Johnson to seek a Brexit extension in the event of no deal, lodged the new petition with the same court on Thursday.

Johnson reached a last-minute compromise with the European Union on Thursday. The deal, if approved, will see Northern Ireland leave the EU customs union along with the rest of the UK. However, Northern Ireland will remain aligned with EU single market rules on industrial products and agricultural goods.

In practice, this means there will be no customs checks between Northern Ireland and the Republic of Ireland, but goods will be checked upon entry to mainland Britain.

UK officials will also check goods entering Northern Ireland from Great Britain. Taxes won’t be automatically payable on these goods, but if there is something “at risk” of then being transported into the Republic of Ireland (and hence the EU customs union), a duty will have to be paid.

Why is it an issue for Remainers?

Jolyon Maugham argues in the petition that Northern Ireland will therefore effectively become part of the EU customs territory, however Johnson’s deal defines it, and will be separated from the rest of the UK because of the imminent customs and import controls down the Irish Sea.

Maugham calls this stipulation “unlawful” and is seeking a court order preventing Boris Johnson from placing his deal before parliament for approval.

“If the proposed Withdrawal Agreement is unlawful, the Government will be obliged to request an extension as mandated by the Benn Act,” the campaigner tweeted on Wednesday.

If the proposed Withdrawal Agreement is unlawful, the Government will be obliged to request an extension as mandated by the Benn Act and in accordance with undertakings given to the Court of Session in Vince, Maugham, Cherry v Boris Johnson.

What next for Brexit?

The court is expected to hear the case today and sit again in the evening for an appeal.

MPs are set to gather on Saturday to vote on whether to approve the agreement. The Conservative Party’s allies in the DUP have already rejected the deal, while the SNP has tabled an amendment to reject the deal and call for a three-month Brexit extension to allow for an early election. The Labour Party isn’t going to back the deal either.

MPs in September passed a piece of legislation, known as the Benn Act, forcing Boris Johnson to ask the EU for a Brexit delay if he fails to get enough support for his deal. The move came in response to Johnson’s repeated pledges to deliver Brexit by the 31 October deadline, whether or not there's a deal by that time.

Anti-Brexit campaigners earlier sought an injunction from the Court of Session, instructing the prime minister to comply with the law, but the court has delayed its decision until Saturday.