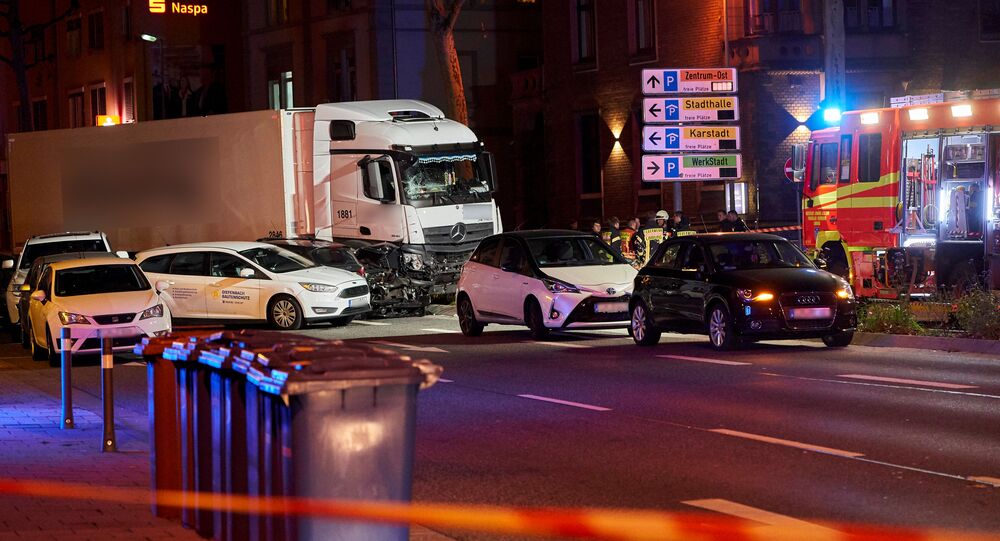 © AFP 2021 / THORSTEN WAGNER
Picture shows the scene where a stolen truck crashed in to cars stopped at a red light in Limburg, western Germany, on October 7, 2019, leaving several people injured