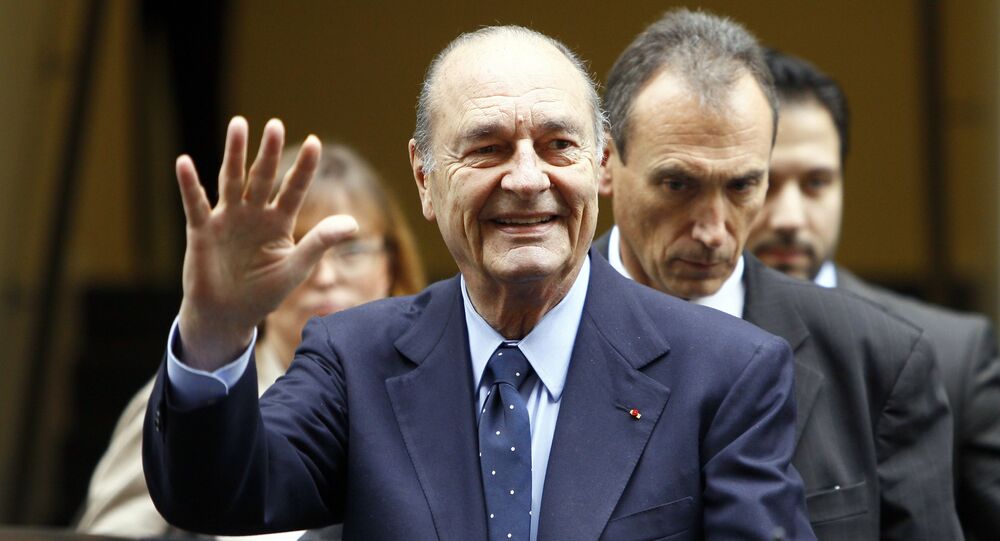 MOSCOW (Sputnik) – Around 30 heads of state and government will participate in the funeral ceremony of former French President Jacques Chirac, the Europe 1 broadcaster reported on Saturday.

Kremlin spokesman Dmitry Peskov said earlier in the day that Russian President Vladimir Putin would visit Paris to take part in the ceremony.

Chirac passed away on 26 September at age 87, surrounded by his family. He will reportedly be buried near his daughter, who died in 2016, at the Montparnasse cemetery in Paris. According to the French presidential office, national memorial service will be held at the Invalides monument in Paris on Sunday.

Born in Paris on 29 November 1932, into a banking family, Chirac graduated from the Paris Institute of Political Studies in 1954 and went on to become one of France's most prominent politicians. After assuming the presidency in 1995, Chirac immediately initiated sweeping social reforms. In 2002, he won reelection against then-head of the National Front party Jean-Marie Le Pen. Upon his departure from office, Chirac supported the presidential bid of his interior minister, Nicolas Sarkozy.