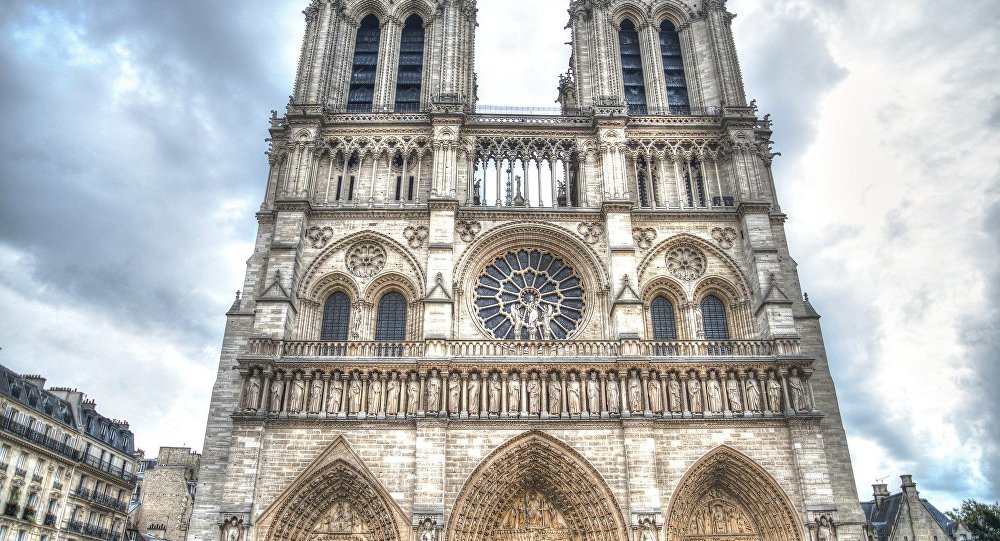 In September 2016 two women parked a car near Notre Dame cathedral, central Paris, loaded with gas canisters and lit it, intending to set off a devastating firebomb. Their choice of diesel fuel stopped the incident from turning into a scene of “carnage”.

Five women are going on trial in Paris on Monday over a 2016 attempt to ignite a firebomb in front of busy restaurants in the heart of the French capital, reports France24.

On the night of 3 September 2016, Ines Madani and Ornella Gilligmann parked a grey Peugeot 607 without number plates on a street in front of busy restaurants near Notre Dame Cathedral in central Paris.

The women poured fuel over the car, packed with six gas canisters, and threw a lit cigarette at it.

According to the investigators, it was their choice of diesel fuel, less flammable than standard petrol that prevented a conflagration.

“Only a poor choice of petrol meant their attempt failed,” said investigative judges.

If the car had caught fire, the resulting firebomb would have led to “carnage”.

Madani, 19 at the time, used her father’s car for the planned Notre Dame attack.

© REUTERS / Philippe Wojazer
French police and gendarmes stand at the scene of a shooting incident near the Notre Dame Cathedral in Paris, France, June 6, 2017

A previous trial over her terrorist activity showed she was in contact with key Daesh* figures in Syria, serving as something of a mentor for recruiting other women into homegrown terrorism in France.

Madani went on social networks using pseudonyms of Daesh fighters, posing as men while encouraging other women to join the group, at times courting other women romantically over the phone, in a fake male voice, to join the movement online.

After their attempt to blow up the car failed, the women fled.

Gilligmann, unemployed mother of three, was arrested in the south of France.

Advised by her Daesh handler, Madani headed for Boussy-Saint-Antoine, a small town south-east of Paris, where she joined other radicalised women, including a 23-year-old cleaner in a psychiatric clinic.

In a bid to avoid police tracking them, the women fled armed with a kitchen knife. One woman attempted to stab a plain clothes officer and Madani was injured in the legs by police officers firing as she fled.

According to court documents a Daesh fighter, Rachid Kassim, coordinated the Notre Dame attack as well as other incidents in France from his base in Syria. The man is on trial in absentia, with no proof to substantiate reports he was killed in Iraq.

The high-profile case is believed to highlight how young women have played a key role in homegrown terrorism in France, which was thought to have been dominated by men.

François Molins, the former French state prosecutor, previously described a “terrorist commando made up of young women totally receptive to the deadly ideology of Daesh”.

According to Molins, the cell showed how Daesh “intends to make women into fighters”.

The trial, in a special court made up of professional magistrates without a jury, will run until 11 October.