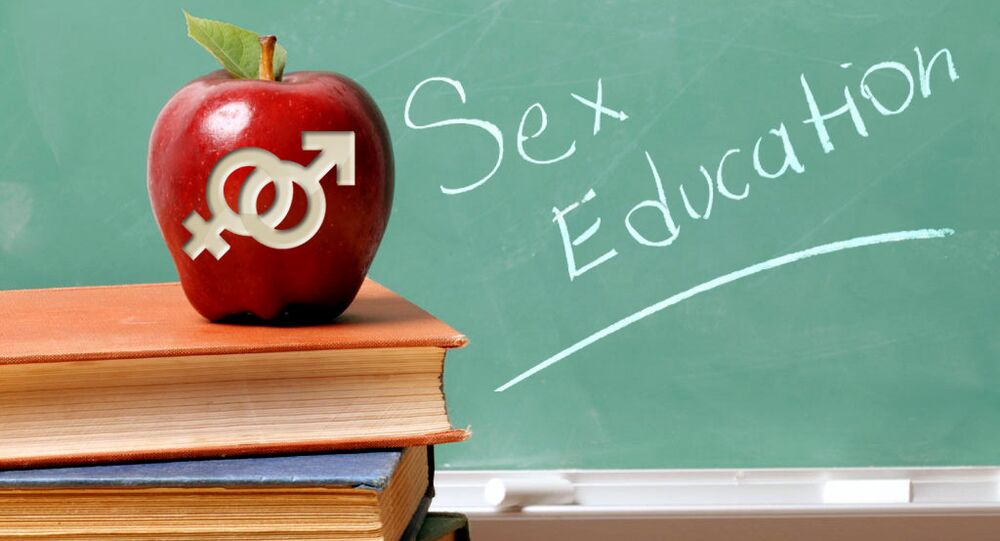 The controversial programme has been rolled out across some 241 primary schools by the county council in Warwickshire, in the West Midlands region of England, with some parents expressing concern over the prospect of it introducing adult sexual concepts to children at too young an age.

‘All About Me’, a Warwickshire County Council initiative to teach youngsters about relationships and appropriate sexuality, has caught flak in local schools and sparked outrage online after it was discovered that the lessons teach children as young as six years old about the concepts of “touching themselves and self-stimulation.”

According to documents obtained by The Mail on Sunday, the course proposes explaining the “rules about self-stimulation” in the Year Two lesson plan, provided to children between six and seven years old. The lessons are then continued in Years Four and Five, catered to children between eight and ten.

The ‘All About Me’ section of the Warwickshire County Council’s website explains that children should be taught that it is “very normal” to touch yourself, but should be done in private. At the same time, adults are discouraged from chastising children caught touching themselves, stressing that “all this serves to do is to make children feel guilty for enjoying their own bodies.”

However, concerns over the pilot scheme, launched ahead of the rollout of a national reform of the Relationship and Sex Education programme next September, began to flow in in during the summer, when parents at the Coten End Primary School in Warwick, one of the schools affected, confronted Jonny Hunt, a sex education consultant and one of the authors of All About Me, about what they felt was the overtly sexual content of a programme aimed at young children.

Hunt insisted that the concept of “self-stimulation or self-soothing” was “not sex education but actually information around safe and appropriate touching.”

“However uncomfortable adults may find it, children of all ages will self-stimulate from time to time,” he explained.

Warwickshire County Council insisted that the new lessons, which it will not be possible to opt out of starting next year, were perfectly appropriate, and “tailored to the age and development level of the children.”

“While some of the material may be sensitive to some, we believe it is important for children…to get clear and consistent information about this important, but often overlooked subject,” the Council said, in a statement quoted by The Daily Mail.

News about the controversial programme quickly spread online, with parents and concerned citizens blasting the initiative, calling it “child abuse,” and asking “why is this being allowed?!”

"All About Me teaching programme"
What is wrong you you?
Just allow children to be children.
This isn't "education", this is child abuse.
My thought on this "program" is that it is more designed to facilitate the perversions of pedos in your council & schools.
@Warwickshire_CC

“Children as young as six are being taught about touching or ‘stimulating’ their own genitals as part of classes that will become compulsory in hundreds of primary schools.”

Why?! Why is this being allowed?! Please someone explain! 😳https://t.co/DoJyeNAsco via @MailOnline

Is this true? If is that is disgraceful and as I parent I will protest against it. Absolutely disgusting.

We don't need Relationship and Sex Education in Warwickshire or anywhere else. That is the responsibility of the Parents, NOT TEACHERS. Children should spend their time in school being educated not Sexualised. Sack every Councillor who agreed with this program. Unfit for Office

It's not just this despicable idea, it's who exactly do they expect to deliver this "teaching"?

It needs to stop. Parents should storm the schools and demand an end to it.

“What perverse, deranged idiot came out with this idea? How about teaching kids to read and write?” one angry user asked. “I’m so glad my kids are adults now – the education system has completely lost the plot!!” another chimed in. “Why aren’t teachers striking to prevent this??” another asked.

What perverse, deranged idiot came out with this idea? How about teaching kids to read and write ffs 🤦‍♂️🤦‍♂️🤦‍♂️ https://t.co/yxA6B1k1uP

I'm so glad my kids are adults now - the education system has completely lost the plot!!

The discussion soon broke out into a debate about just what is the appropriate age or this subject to be taught, with most everyone agreeing that six years of age was simply too young.

Finally, some called on Secretary of State for Education Gavin Williamson and other officials to turn their attention to this issue.

I retweeted this to the Minister of Children & Family as I’ve only just found out there’s one. Don’t expect an answer but might as well start highlighting to them, they sit under @educationgovuk they can’t just do what they like with our kids without full justification.

Gavin Williamson where are you ... ?
Take a look at this ...@GavinWilliamson

US Fines Google $170 Mln for YouTube Collecting Data on Children