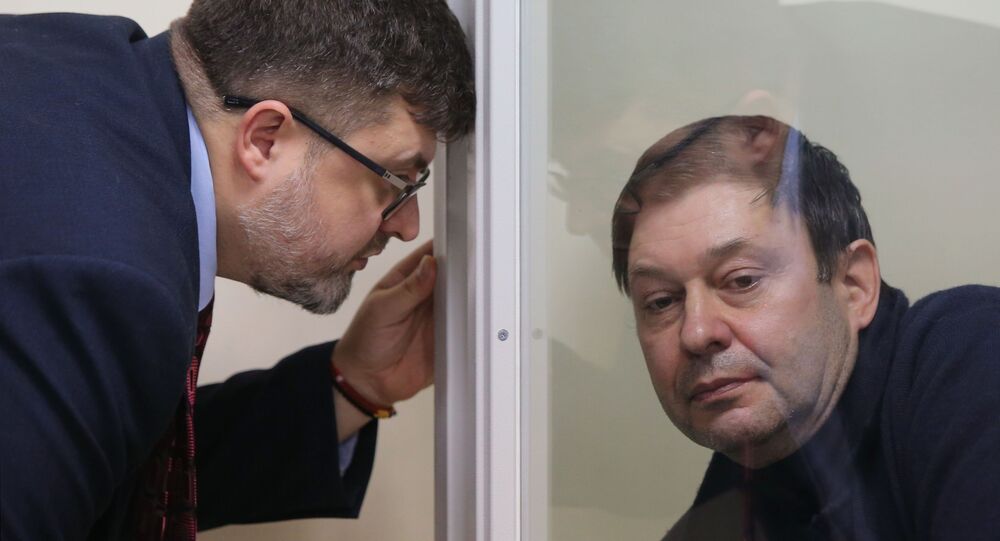 KIEV (Sputnik) - Andriy Domansky, the lawyer of RIA Novosti Ukraine portal head Kirill Vyshinsky, told Sputnik on Friday that the criminal investigation against him on illegal privatisation of nonresidential property on the territory of a conservation area in Kiev had been closed.

"I received, in absence of my lawyers, a notification that pre-trial investigation under the criminal case ... has been completed. Meanwhile, I have said that I will participate in all the investigative activities only in presence of my lawyers, but I have got a refusal. In fact, these steps have been taken in violation of the Ukrainian constitution and the criminal procedural code. This is a violation of defence principles," Domansky said.

Domansky was notified of being a suspect in this case in April. The lawyer has suggested that the charges are connected to the fact that he is defending Vyshinsky, accused by Kiev of treason and supporting breakaway republics in Donbass.

Meanwhile, Vyshinsky was released on Wednesday on personal recognizance from Ukrainian custody, where he spent over 400 days.

Kremlin spokesman Dmitry Peskov said Moscow welcomed the Kiev court's ruling to release Vyshinsky from custody, but will not evaluate this decision at the moment.