Economic uncertainty has seen the pound lose ground against other major currencies due to ongoing uncertainty over the UK's future trading relationship with the European Union while continental European economies have been hit by growing political turmoil and recession fears.

The Euro edged higher (EUR/GBP) against the Pound on Wednesday, fluctuating around £0.914, according to Currencynews.

The move comes as Prime Minister Boris Johnson travels to Europe to meet with German Chancellor Angela Merkel and French President Emmanuel Macron in a bid to drop the Irish backstop from the UK Withdrawal Agreement (WA). 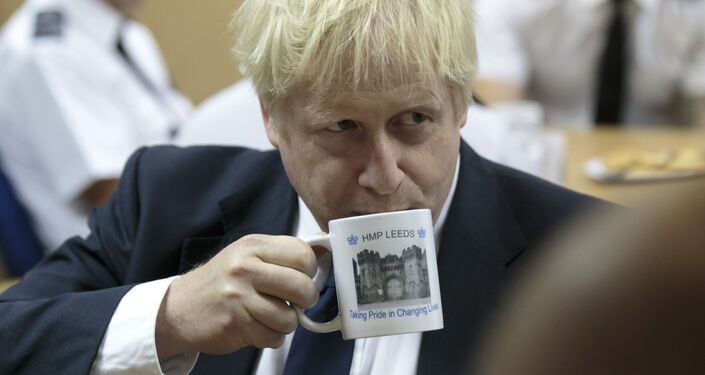 Prior to the visit, the European Commissioner for Agriculture Phil Hogan warned: "If the UK fails to prevent a crash-out Brexit they should be under no illusion regarding the foul atmosphere they will create with their EU partners and the serious consequences this will have for negotiating any future trade agreement," according to the Irish Times.

The French Government said on Wednesday that it now expects the UK to leave the EU without a deal.

Currency traders are becoming increasingly anxious about the unstable political situation in Europe.

Brexit uncertainty meant that the Euro (EUR) gained ground against the Pound despite political uncertainty in Italy stemming from the resignation of Prime Minister Giuseppe Conte, who has broken with his populist coalition partners 'The League' and blamed Deputy Prime Minister Matteo Salvini for the fall of the the country's governing coalition.

The League is a Eurosceptic party, and Conte's resignation leaves them as the sole power in Rome, increasing the pressure on the European Union, which is anxious to avoid an 'Italexit'.

Meanwhile, the US Dollar (USD) Pound exchange rate eased to $1.214 with US-China trade war tensions continuing to weigh on the greenback. 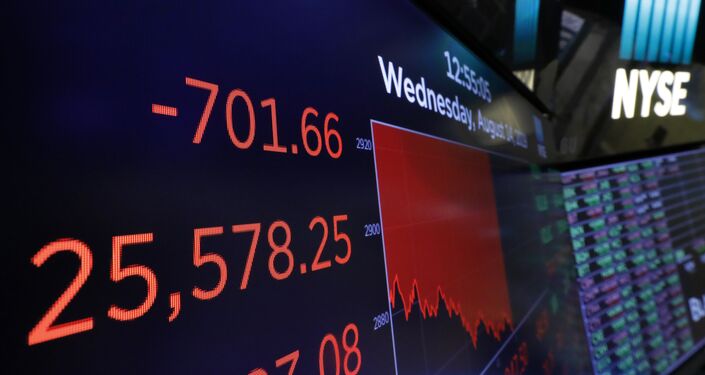 © AP Photo / Richard Drew
A screen above the trading floor shows an intraday number for the Dow Jones industrial average, at the New York Stock Exchange, Wednesday, Aug. 14, 2019. Stocks are falling sharply after the bond market threw up another warning flag on the economy.

This follows the recent 800 point drop in the DOW which raised fears of an impending recession in the US.

The German Central Bank said last week that a recession was likely and a drop in economic growth the UK could see it follow suit; while a leaked government 'Yellow Paper' spoke of a no-deal Brexit potentially leading to shortages of food, medicine, and other essentials.