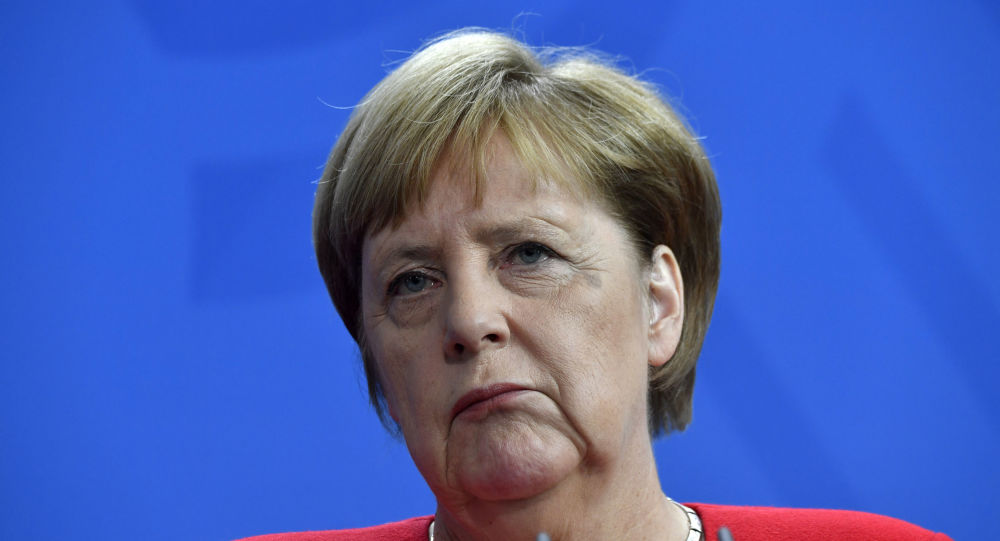 The Irish Border issue has plagued the issue of UK withdrawal from the EU since the referendum in 2016. Theresa May's Withdrawal Agreement included a 'backstop' which keeps Northern Ireland in The EU Customs Union. However, the UK's ruling Conservative Party relies on partnership Democratic Unionists to govern, who adamantly reject the backstop.

Key allies of German Chancellor Angela Merkel's have said that she is set to reject Boris Johnson's plans to scrap the Irish Backstop in the Brexit Withdrawal Agreement, as reported in Business Insider on Wednesday.

The trip to Berlin is Boris Johnson's first foreign trip since becoming Prime Minister where he will receive full military honours outside the German chancellery on Wednesday evening, followed by a sit-down in where they will discuss Brexit and other European issues.

It will also serve as his first Brexit escapade as he intends to ask Chancellor Merkel for the removal of the Irish Backstop, which is designed to prevent the erection of a hard border between Northern Ireland the Republic of Ireland.

The meeting will take place on Wednesday afternoon, where Angela Merkel is expected to give a firm rejection to his proposal.

Johnson's plan was rejected by the EU itself, following a four-page letter to EU Council President Donald Tusk on Monday, describing the Irish Backstop as "inconsistent with the sovereignty of the UK as a state". A position consistent with the Conservative and Unionist Party that Northern Ireland will not be separate from the UK.

He also mentioned that the UK plans for its "laws and regulations" to "potentially diverge from those of the EU. That is the point of our exit and our ability to enable this is central to our future democracy."

"There cannot and will not be new negotiations. It is completely impossible that the backstop will be removed from the agreement or softened" said Florian Hahn, European policy spokesperson for Merkel's governing Christian Democratic Union (CDU) party.

"Boris Johnson wants to smash his head through the wall. But the wall is thicker than he thinks" he added.

Another Merkel ally, Norbert Röttgen, told The Guardian: "Merkel is politically and emotionally well inclined towards the British, and her willingness to maintain friendly relations between the two countries will be on display on Wednesday."

He slammed the demand as not a serious one and said that the the extent to which the UK wishes to "humiliate itself" to secure a trade deal with the US "has not gone unnoticed in Berlin."

Even before becoming prime minister, Boris Johnson and other key Brexit supporters have insisted that 'technological solutions' would solve the problem of the border but has given no details on what those solutions are as recently as Tuesday.

The British government claims it has no plans to erect a hard-border in Ireland but the Good Friday Agreement which saw the end of hostilities in Northern Ireland requires both sides of the border to be in economic 'regulatory alignment', which was lubricated through shared membership of the EU Customs Union and Single Market.

According to David Collins, professor of international economic law at City, University of London and author of Negotiating Brexit: The Legal Basis for EU and Global Trade, Boris Johnson’s visit to speak to Merkel is a good sign that he remains willing to pursue negotiations with the EU.

"He may view a bilateral discussion as potentially more fruitful than one pursued through the EU itself. But I suspect that there will be no progress as the EU member states appear to be taking a unified front in this matter and it is one which is incredibly intransigent. By refusing to renegotiate an agreement which cannot pass through the UK parliament the EU has effectively walked away from the table. This kind of stubbornness is precisely why the EU is losing support."

According to the scholar, Boris Johnson will presumably try to explain to Merkel that the Brexit agreement cannot pass with the backstop, "but it is doubtful that she will listen."

EU’s Tusk: By Not Proposing Alternatives, Opponents of Irish Backstop back ‘Reestablishing Border’