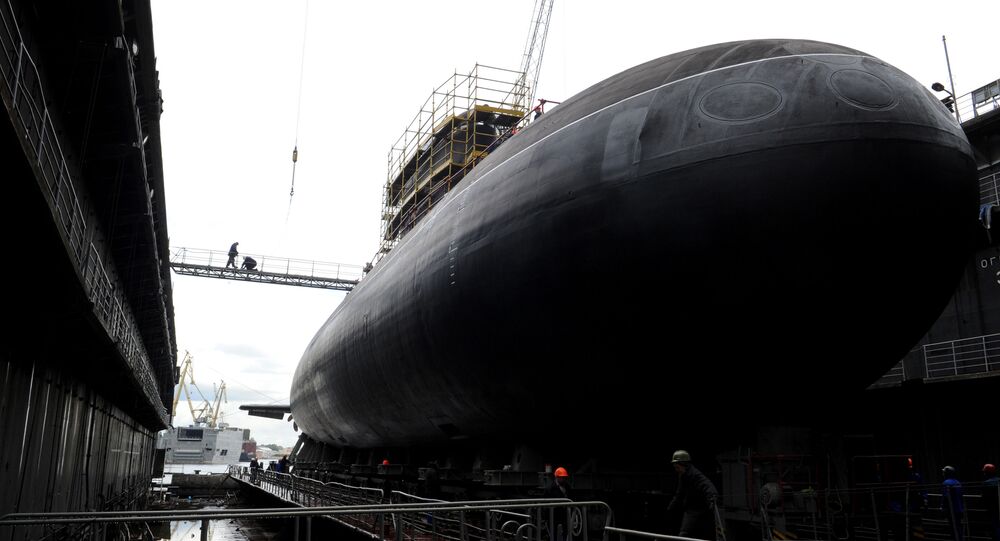 British authorities have repeatedly sounded the alarm about Russia's allegedly increasing activity in the North Atlantic and expressed concerns over Moscow's sophisticated submarines.

Several unnamed military officials have voiced their concern about the alleged presence of a new type of "super-quiet" Russian Project 636.3-class submarines, also known as the Kilo-class under the NATO reporting name, in British territorial waters, The Telegraph reported.

The sources claim that the submarines could be tracking Britain's fleet in the North Atlantic undetected, thus purportedly posing a threat to the security of the United Kingdom.

"The new First Sea Lord needs to deliver the underwater battle. We must be better at what we do. The Russians are benefiting from a huge increase in research and development spending 15 to 20 years ago which is now prodcuing this new class of super-quiet Kilo Submarines", a senior military source told The Telegraph.

The Telegraph speculates that the Project 636.3-class submarines are able to tap undersea internet cables and eavesdrop on telecommunication systems.

Six of the improved Russian submarines that are designed for anti-submarine warfare and anti-surface-ship warfare, as well as general reconnaissance and patrol missions, have already been launched.

The new breed is deemed to be one of the quietest diesel submarines in the world, and is believed to be capable of detecting an enemy sub at a range three to four times greater than it can be spotted itself. It can strike surface, underwater, and land targets.