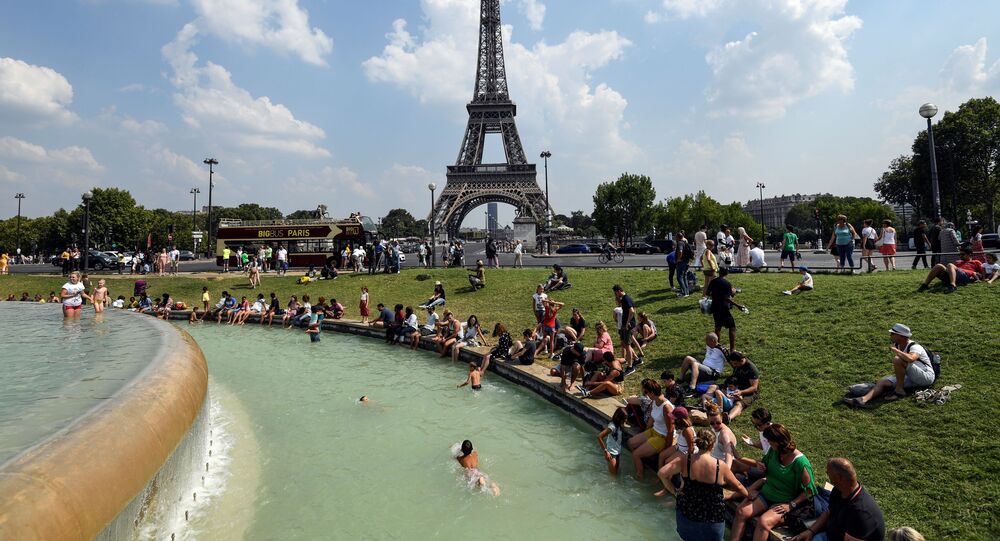 More than half of France, including the capital of Paris, is in the midst of an extreme heatwave this week, which has prompted the city to open extra swimming pools and set up mist machines, among other precautions.

According to the country’s national weather agency, Meteo France, temperatures as high as 104 degrees Fahrenheit are expected across the country as a heatwave spreads across continental Europe this week. In fact, the agency stated that the heat warning level is at orange, which is the second-highest on its four-level categorization system for intense heat. The agency called the weather “exceptional for the end of June.”

​"This heat wave could be remarkable for how early it has come as well as its intensity," Meteo France said. Countries like Germany, Switzerland, Spain and Belgium may also face extremely high temperatures.

​As part of a heatwave plan, Anne Hidalgo, the mayor of Paris, has ordered additional water fountains to be set up across the city as well as mist machines in the streets to help people cool down. In addition, devices have been installed on fire hydrants to convert them into fountains and sprinklers, and elderly and sick people have been encouraged to register with a phone service that immediately connects them with people who can dispatch help if required.

​The city also advised people not to drink alcohol, to keep their bodies cool throughout the week and spend at least several hours a day in air-conditioned areas. Water is expected to be delivered to homeless people, and local authorities have set up air-conditioned public places in Paris where residents can escape the heat.

In addition, state exams for middle-school students have been postponed until July, according to France’s education ministry, so that students are not required to sit in hot rooms for hours.

​On Monday, French President Emmanual Macron said that “sick people, pregnant women, infants, and elderly people are the most vulnerable,” according to multiple reports.

​"So we must be vigilant with them and have prevention measures in place in order to intervene as quickly as possible," he added.

​French Minister of Solidarity and Health Agnes Buzyn also reassured citizens on Monday that “everything is ready” in terms of heat protection in retirement homes, hospitals and even transportation systems.

“Yet when people are fragile, even when everything is organized, there’s always a higher mortality rate,” she added.

In 2003, France established a heat watch warning system after a deadly heatwave in August resulted in at least 15,000 deaths. Many of the victims were elderly people in apartments and retirement homes without air conditioning.

Emergency Declared on Flight from Paris to San Francisco - Reports