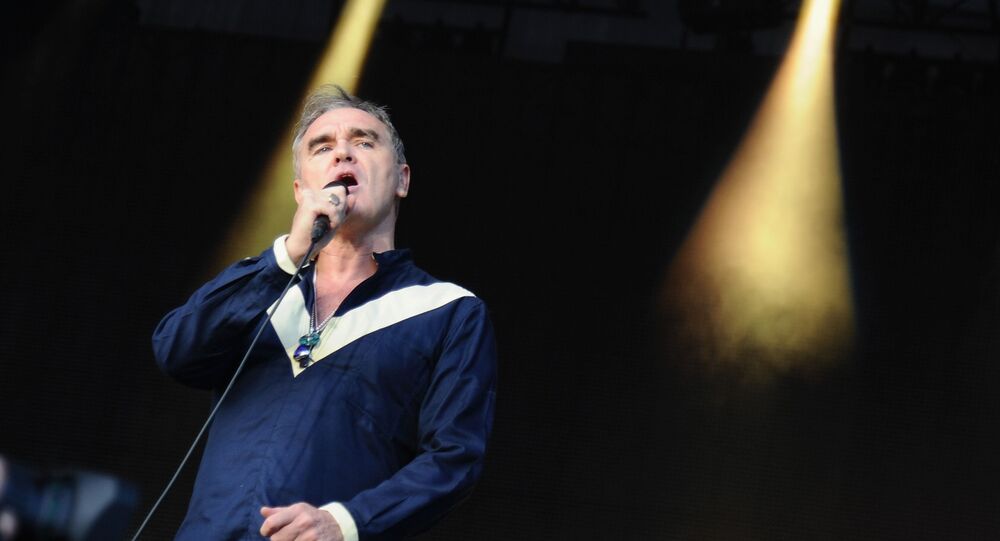 Just a month ago, the former Smiths front man sparked outrage for wearing a pin from the right-wing party For Britain during a performance on The Tonight Show Starring Jimmy Fallon.

Morrissey has drawn much backlash after he revealed in a wide-ranging interview that “it’s obvious’ that Brexit Party head Nigel Farage “would make a good prime minister” and reiterated that he “absolutely” supported right-wing party For Britain.

He then heaped praise on Anne Marie Waters, founder of the anti-Islam party, as the “only British party leader who can unite the left and right” that has been called “racist” in the media.

“If you call someone racist in modern Britain you are telling them that you have run out of words. You are shutting the debate down and running off. The word is meaningless now. Everyone ultimately prefers their own race… does this make everyone racist? […] Diversity can’t possibly be a strength if everyone has ideas that will never correspond. If borders are such terrible things then why did they ever exist in the first place? Borders bring order”, Morrissey said.

The interview, which was conducted in April, but published only on Monday, appeared on Morrissey’s official website and has been making waves online. Many social media users have accused the former Smiths front man of being a “racist” and a “bigot”:

RACIST Morrissey: “Nigel Farage would make a good prime minister” “Everyone ultimately prefers their own race” NO THEY DON’T. If a well travelled musician can take inspiration from NF, imagine the impact on other extremist radicals. https://t.co/EiYzfwY4Tz

I used to like The Smiths. Mainly because @Johnny_Marr is an excellent guitarist but Morrissey was always an embarrassment. Hypocrital bigot, whose “talent” extends to repeatedly warbling minor thirds over clever backing, has nothing to offer the world. https://t.co/9gFWapOYnk

I lovedl the Smiths, loved Morrissey but then one of us became a racist, bile spouting bigot and I know that wasn't me https://t.co/TOVcXshzjf

I’ve heard it said that every time Morrissey opens his mouth, a Smiths song dies

The singer-songwriter has been open about his support for Waters’ party, which calls for the protection of British culture and the end of the “Islamisation” of the United Kingdom.

In a 2018 interview published on blog platform Tremr, he said that For Britain had “received no media support and have even been dismissed with the usual childish ‘racist’ accusation. I don’t think the word ‘racist’ has any meaning any more, other than you say ‘you don’t agree with me, so you’re a racist’. People can be utterly, utterly stupid”.