MOSCOW (Sputnik) - Europe's failure to develop and efficiently implement long-term policies that aim to integrate migrants into European societies may result in isolationism eventually lead to radicalisation and violence, according to OSCE.

"The influx of migrants is testing Europe’s capability to uphold human rights for all and to ensure protection against hatred, racism and violence against all minorities, including religious minorities. Shortcomings in the development and implementation of long-term policies that foster the integration of societies ... further contribute to isolationism, which constitutes fertile ground for radicalization and violence," OSCE High Commissioner on National Minorities Lamberto Zannier said.

He also expressed concern over rising populism and identity politics in Europe, something he said could eventually lead to the social exclusion of ethnic minorities and radicalisation.

"I am concerned about the emergence of populism and identity politics across Europe. This ideology, which tends to exclude those who are seen as different and seeks to unite and protect 'us' from 'them' is very disturbing. It creates a situation where minority rights and identities are seen as a disintegrating element and minorities may be perceived as a security problem," Zannier said.

READ MORE: Main Problem is Not Refugees, it's Our Own Government - AfD Politician

As part of its efforts to ensure favourable conditions for newcomers, the European Commission proposed in January a new funding opportunity to help promote non-discrimination toward minority groups and diversity management in the public and private sectors, pledging to allocate about 4 million euros ($4.5 million) to implement the initiative. 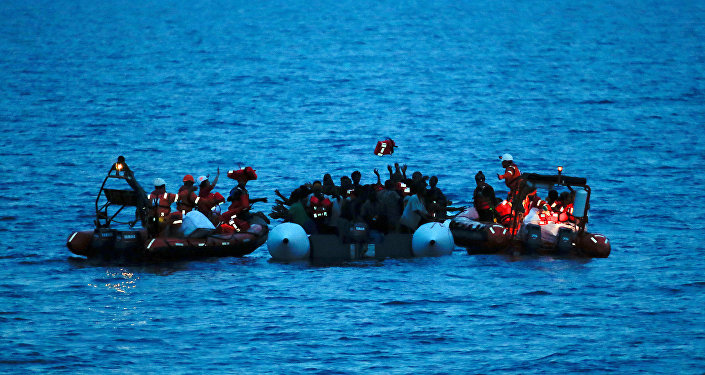 © REUTERS / Stefano Rellandini
Four EU Countries Will Take 64 Migrants After 11 Days At Sea - Reports
Since 2015, the European Union has been struggling to accommodate the massive influx of immigrants and refugees fleeing violence and hostilities in the Middle East and North Africa.