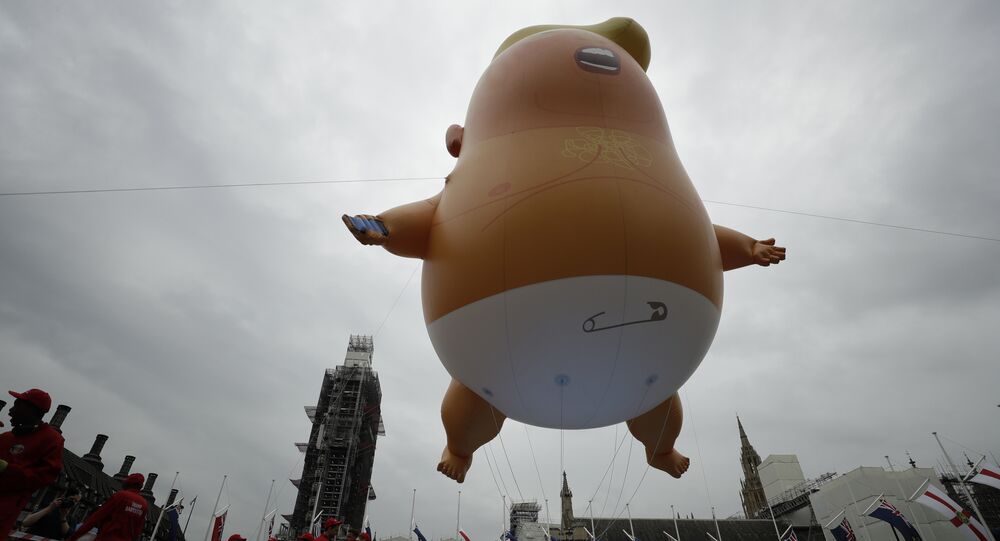 The US commander-in-chief was forced to recant on national television over comments made on the future of NHS health services on Tuesday after sparking ire from UK politicians.

US president Donald Trump caused an uproar on social media after telling the outgoing UK Prime Minister that Britain's National Health Service (NHS) could be privatised by US companies after Brexit.

First the Ambassador, now Trump himself declares our NHS up for grabs by US private health giants in a trade deal.

One terrifying consequence following a No Deal Brexit - which potential Tory PMs advocate.

Labour will do whatever it takes to stop No Deal pic.twitter.com/PDLmfXrqaf

President Trump says he doesn't see the #NHS being part of a post-Brexit trade deal between the USA and UK.#GMBTrump | @piersmorgan pic.twitter.com/ClNjUF6pFW

"I don't see it being on the table," President Trump said. "Somebody asked me a question today and I say everything is up for negotiation, because everything is."

"But I don't see that as being, that's something that I would not consider part of trade," Trump added. "That's not trade." Trump's about-face came as MPs across the political spectrum slammed his proposal, with many asserting that the NHS was not "up for sale".

Labour and opposition leader Jeremy Corbyn criticised Trump's press remarks and accused "Tory leadership contenders and Farage" of "lining up for the No Deal disaster capitalism plans they have", adding that Britain's "NHS is not for sale".

Glad to see @realDonaldTrump say that the NHS is not on the table in any trade talks. The NHS is not a bargaining chip in negotiations, with the US or otherwise. https://t.co/rymjWi9jZK

Theresa May stood next to @realDonaldTrump as he said the NHS will be "on the table" in a US trade deal. And that’s what Tory leadership contenders and Farage are lining up for the No Deal disaster capitalism plans they have.

They all need to understand: our NHS is not for sale.

Politicians who claimed Brexit would mean better trade deals should hang their heads in shame.

I challenge all Tory leadership candidates to rule out Trump’s demands. Our precious #NHS must not be on the table https://t.co/mZWzPVKbtg

Speaking with @NicolaSturgeon about Donald Trump’s visit and responding to his claim that “everything is on the table” when asked if the NHS would be included in post-Brexit trade talks pic.twitter.com/vYcrJaLm3f

© Sputnik / Demond Cureton
Trump: It Was Tough, Inappropriate to Meet UK Opposition Leader Corbyn - Reports
President Trump left for the UK coastal city of Portsmouth on Wednesday for the 75th anniversary commemoration of D-Day, the Allied invasion of Nazi-occupied France and the largest sea-based invasion in history, which took place on 6 June 1944. Tens of thousands of anti-Trump demonstrators took to the streets on Tuesday to rally against the US president's policies, including NHS privatisation, wars against Venezuela, Cuba, Iran, and China, as well as his stance on environmental issues, amongst others.
...
Reddit
Google+
Blogger
Pinterest
StumbleUpon
Telegram
WhatsApp
02

Trump Insists Duchess Meghan Was 'Nasty' to Him, Reveals Talk With Prince Harry