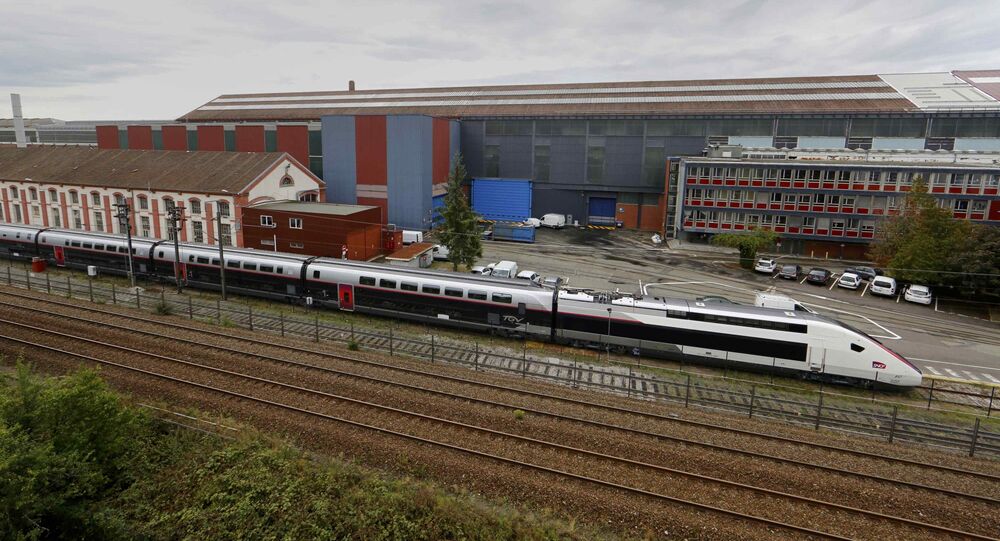 French Railroad Workers Rally in Paris Against Cuts to Benefits

PARIS (Sputnik) - French railroad workers took to the streets on Tuesday to protest against last year’s decision to overhaul the French railways company SNCF, which includes deep cuts to benefits.

Hundreds of railroad workers assembled in Place d'Italie, a square in the heart of the French capital, before moving out toward Montparnasse train station, a Sputnik correspondent said.

Demonstrators were seen carrying anti-government banners and chanting "Brussels and Macron derailed!" and "We are proud to be railroad workers!"

The protest action was backed by all major French trade syndicates, including CGT, UNSA, SUD Rail and CFDT. They have published a joint manifesto, saying the reforms, which aim to increase competition in the industry, would hurt both workers and passengers.

© Sputnik
Protesters Take to Streets of Paris on 27th Week of Yellow Vests Rallies (VIDEO)
France has seen numerous protests against laws proposed or enacted by the government. The labour code reform, another law that faced some opposition, aimed to liberalize the labour market, simplifying hiring and firing procedures.

Last year, French government reform of the state-owned railway operator SNCF was rejected by 94.97 per cent of the company’s employees that participated in a non-binding vote on the matter.

The measures caused a standoff between trade unions and the government, wreaked traffic havoc across the country last year, and aim to open the railway market for competition, ending railroaders' special status along with related benefits like early retirement.