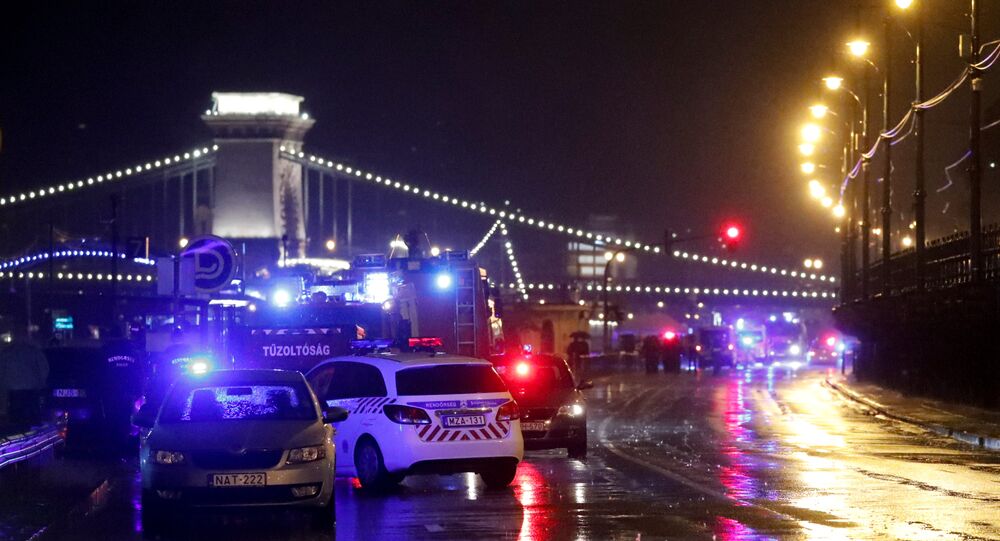 At least seven individuals are dead and several remain missing after a tourist boat carrying 35 people capsized in the Danube River in Budapest.

The vessel, carrying dozens of tourists, capsized near the Hungarian parliament building at around 9:15 p.m. local time Wednesday.

Hungary's MTI reports the boat, identified by AP as a two-deck sightseeing ship dubbed the "Hableany," was struck by another vessel, causing it to sink.

"We have transported seven people to the hospital, they are in stable condition, and our colleagues have confirmed the death of seven people, their resuscitation sadly did not succeed," Pal Gyorfi of Hungary's national ambulance service said in a press conference.

Footage posted to social media by The Guardian's Shaun Walker and other users shows the police response in the area.

Boat down in Danube in Budapest tonight. Filthy weather. CEO of Hungarian ambulance service just told me: 35-40 on board, 8 rescued, “several” were unconscious. Resuscitation ongoing. Search continues. Some people found miles downriver due to current. pic.twitter.com/Hpy31kkhPS

Local authorities say several from the ship have not been accounted for while rescue efforts remain underway. Officials say high winds and several days of rain, which has caused flooding, are working against the search.

Emergency responders reportedly revived one individual who had been unconscious.

Police have halted all shipping around the central Danube for now, as a fire boat patrols and docked boats' spotlights scan the area.