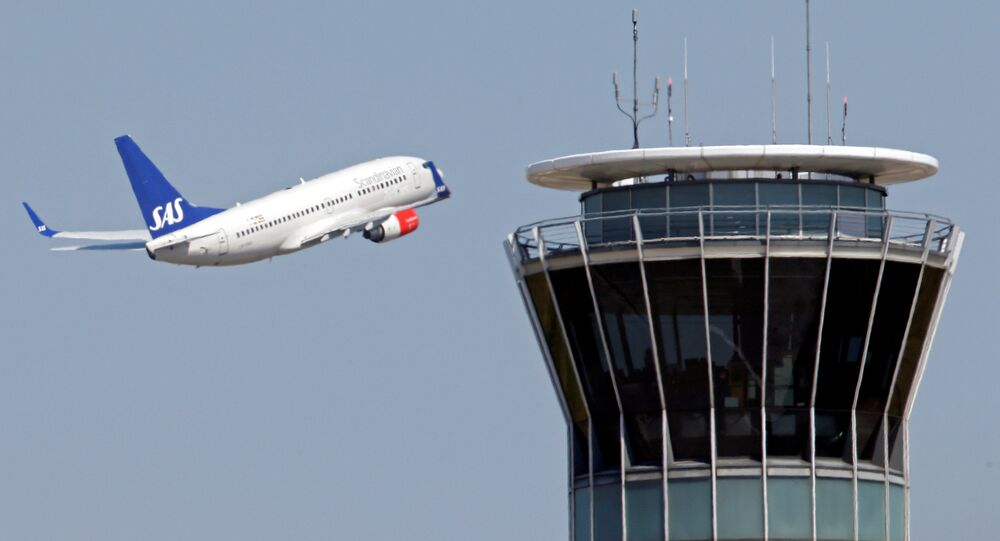 STOCKHOLM (Sputnik) - Scandinavian Airlines (SAS) have lost a total of 650 million Swedish kronor ($65 million) because of the recent pilot strike, which forced the company to cancel thousands of flights and affected hundreds of thousands of passengers, the company's CEO, Rickard Gustafson, said on Tuesday.

"The strike between 26 April and 2 May resulted in some 4,000 canceled flights affecting more than 370,000 passengers… The total impact on income before tax of the strike is estimated at MSEK [Million Swedish Kronor] 650, of which MSEK 430 relate to the last five days of the second quarter", the CEO was quoted as saying by the company's official website.

© AFP 2019 / Johan NILSSON / TT News Agency
Scandinavian Airlines Mulls Options to End Pilot Strike
According to the CEO, the company's pretax losses in the second quarter of the year amounted to over 1.2 billion Swedish kronor, which is almost 730 million Swedish kronor more than during the same period last year.

"The pilot strike at the end of the second quarter added to the challenges already faced by SAS from a competitive market, increasing jet fuel price and a weakening Swedish krona. In addition, we see decreased demand for domestic travel especially in Sweden", Gustafson said.

Gustafson commented on the SAS Interim Report covering the second quarter of 2019.

The strike was called by the pilots in an attempt to persuade SAS to raise their salaries by 13 percent, among other requests. But the company considered such demands unreasonable and offered a no more than 2.3 percent increase. In the end, the two sides settled on 3.5 percent.