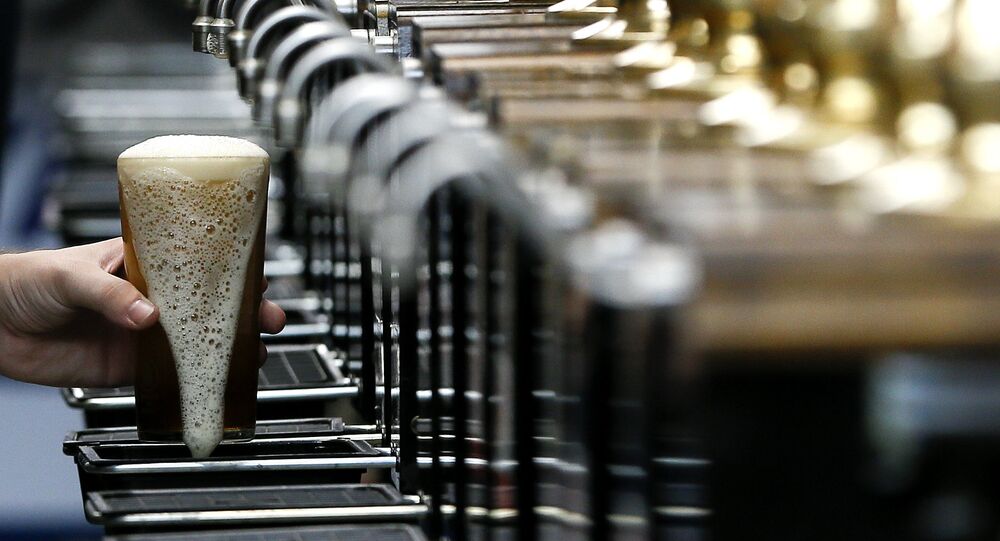 The idea to obtain a nudist licence apparently started when the pub launched a naked calendar to help fund a certain legal battle, leading to naturists from around the world starting to enquire whether the establishment now welcomes nudists.

The Coach & Horses, a landmark pub located in London’s Soho district, previously described as the "last bastion of the traditional pub boozer" and once owned by "London's rudest landlord", has recently started allowing staff and patrons to go about their business completely naked after the establishment was granted a nudist licence, the Daily Mail reports.

© Photo : Instagram/melocotona_reyes
Nudist Travel Blogger BLASTED for 'Desecrating Sacred Lagoon' Over Racy Pics
According to the newspaper, the pub’s current owner, Alastair Choat, explained that the venue had to procure a special permission from local authorities to allow patrons to go nude, "similar to adult entertainment establishments", and that all nudity "will be pre-arranged, in a consensual environment."

"You do have to have the right staff on, because obviously the team have to be comfortable with it", Choat remarked. "But to be honest with you, when you do these things, after 10, 15, 20 minutes no one notices anymore. It's a bit like you go to a pub where there's a band playing and you not very interested in it, after a while it's just background music".

The idea to obtain the nudist licence apparently stemmed from a naked calendar Choat and his team made to help fund their fight against a brewer seeking to "complete a takeover" of the pub, with the calendar’s launch prompting calls from naturists across the world to enquire whether the watering hole now welcomes nudists.

"There is this — in times of real need and despair and trying to defend something of value — great British tradition of stripping off", Choat said.