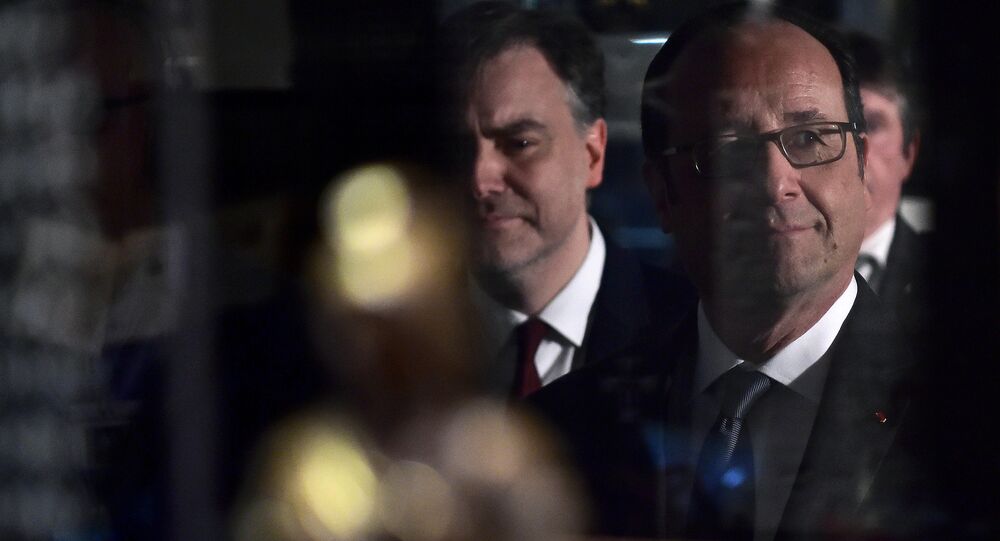 A member of the group detained in early May in France on suspicion of plotting a terrorist act appeared to have possibly been planning an assassination attempt against former French President Francois Hollande, television channel BFMTV reported.

“Was Francois Hollande targeted by terrorists? Some evidence underpinning the assumption has been found in the mobile phone of one of the five men detained in the beginning of May over the preparation for a terrorist act against police and the Elysee Palace”, the media outlet pointed out, adding that the person in question is an underage man from Chechnya, referred to as Khamid S.

Among the photos stored on his cell phone, investigators spotted one joint snapshot of him and Hollande in a Strasbourg bookstore. Separately, among the sent messages there were other pictures of the former president taken at a range of public events that he attended.

Along with the photos, the investigators found a number of messages in which the young man called Hollande “an interesting target” because he deems him as “the main reason for the beginning of strikes against Syria”.

In late April, police were reported to have nabbed four suspects in the Paris region in the case of a prepared assault on law enforcement officers, with the fifth person detained later in May in his parents’ apartment in Strasbourg.

The situation in France has been especially insecure in the past few years due to multiple attacks, with the 2015 Paris terror attacks leading to a declaration of a state of emergency and new anti-terror legislation. In the most recent attack, on 11 December, gunman Cherif Chekatt opened fire in close proximity to the landmark Strasbourg Christmas market, killing five people and injuring 11 others.