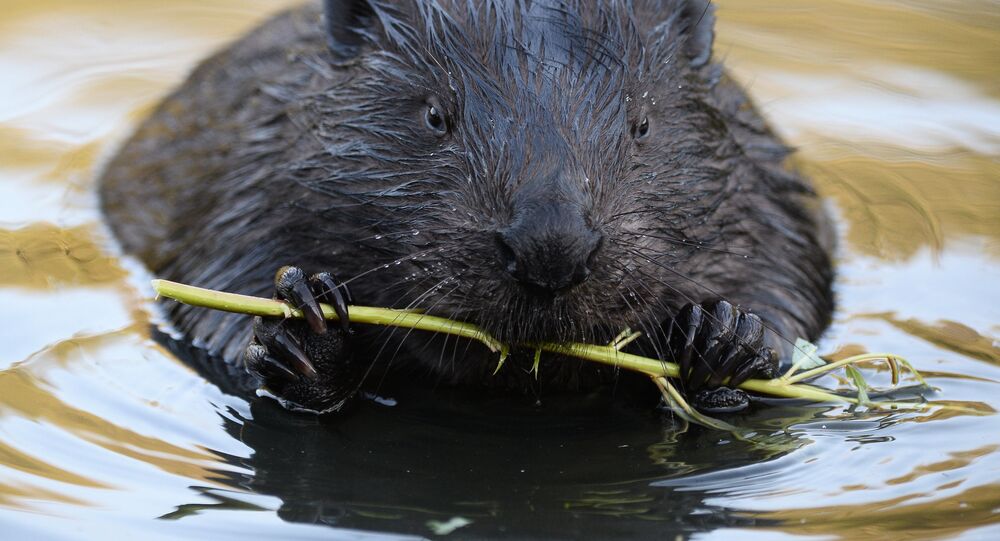 The animal's death comes just a few days after wildlife activists warned that Scottish beavers are being killed in “cruel and callous” ways despite full protection under European law.

A pregnant beaver has been illegally shot dead in Scotland, with the Scottish Society for Prevention of Cruelty to Animals (SPCA) stressing that the animal suffered significantly before being killed. Its body was discovered on a riverbank in central Scotland in late April.

"We can confirm we are investigating a report of a deceased pregnant beaver which had been killed in a manner that caused significant unnecessary suffering. The legislation states that all attempts should be made to protect the entire family group and avoid lethal control during pregnancy or kit dependency period. We want to ensure the welfare of beavers in the wild and any dependent young they may have", an unnamed Scottish SPCA chief inspector was cited as saying by The Independent.

Since 1 May it has been illegal to kill beavers or destroy established dams and lodges in the country without a licence beause they now enjoy European Protected Species status.

© Photo : Pixabay
Wild Beaver Reportedly Raped on Its Deathbed in the US
Farmers have to apply for a licence, which implies that the said animals can only be killed using humane methods and "in such a way so as to minismise welfare impacts".

Scottish authorities have already issued 28 licences to kill beavers and remove dams, while some 170 people have been accredited as beaver controllers so they too could also apply for licences.

The animals were first released in the Tayside region in 2006, and had no protected status for 13 years. Beavers are largely viewed as a problem by farmers and landowners because their dams cause flooding and damage crops. According to The Independent, there are only 450 beavers on the Tay, and about 200 or more have been killed so far.