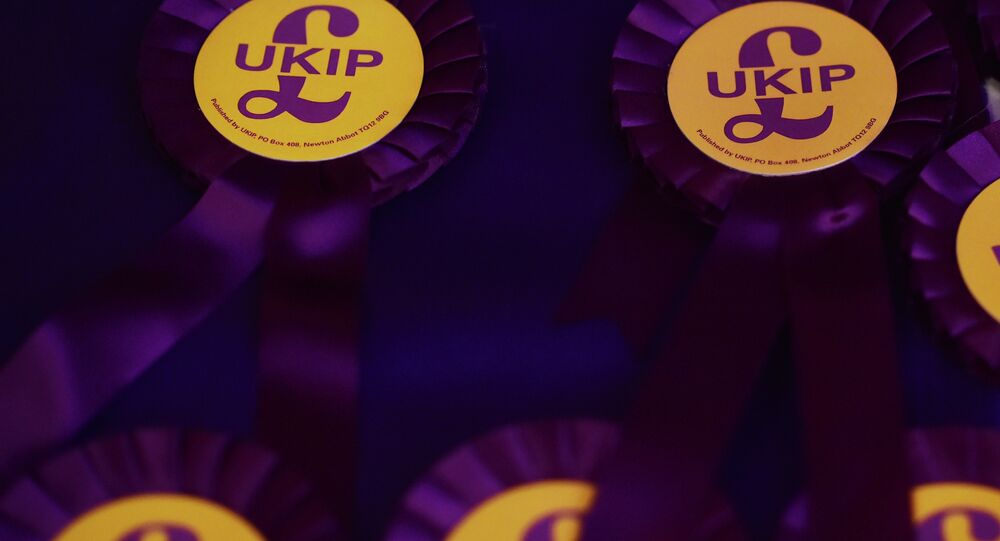 LONDON (Sputnik) - UK Prime Minister Theresa May should resign in short order, UKIP's European Parliament candidate Graham Eardley told Sputnik, claiming her swift exit and replacement with a Brexiteer would be in the national interest.

The prime minister’s now widely discredited attempt to reintroduce her thrice defeated Brexit bill for a potential fourth vote is unlikely to pass, he said.

© AP Photo / Kirsty Wigglesworth
UK Prime Minister Theresa May Answers Questions in the House of Commons (VIDEO)
May unveiled what she dubbed a "bold new offer" on 21 May as a means to passing her Brussels-approved Withdrawal Agreement Bill, claiming to have reworked previous sticking points such as the Northern Irish backstop and a potential second referendum.

"[The bill] is very much more of the same, there's very little that's changed apart from the vote she's offering on whether or not we have a second referendum. I think the logic here is just desperation as she's just trying to cling on to power", Eardley said.

© REUTERS / Simon Dawson
'More of the Same': PM May to Push Brexit Plan Amid Fierce Backlash From Commons
The member of the right-wing UK Independent Party also claimed it was inevitable that talks between the government and opposition Labour party, which were called off last Friday, would fail, given Labour's arguably contradictory position on Brexit.

Eardley continued on by saying tat this was a key factor in why negotiations between Labour leader Jeremy Corbyn and the prime minister ultimately broke down, with the two being "polar opposites" on how to proceed.

"I think it was inevitable that Theresa May and Jeremy Corbyn couldn't ever reach any kind of compromise. They are polar opposites. It's a complete dichotomy with Labour", he stressed.

"People have said that she's thrown everything at this deal as she wants to get some sort of legacy, but I don't think she'll be left with any kind of legacy whatsoever", the lawmaker added.

May is widely seen to have miscalculated, given the emergence of entrenched opposition inside and outside her own Conservative party, specifically in relation to the possibility of a continued Customs Union and a final public vote if and when parliament approves a deal.

© Sputnik / Demond Cureton
UK PM May's Brexit Deal Has 'Absolutely No Chance' of Being Approved – Scholar
Speaking in the aftermath of May's speech, Boris Johnson, himself a potential challenger for leadership of the Conservative Party, claimed her deal was now directly against Tory’s manifesto and that the party "can and must do better."

Corbyn also claimed what was being proposed was in fact a "rehash" of the government's position that had already been presented in the now terminated cross party talks. Labour's Brexit Minister Kier Starmer also described her proposition as far too weak, claiming May should now admit defeat.

READ MORE: UK PM May on Brexit: You Need a Deal First Before Second Referendum (VIDEO)

May's latest efforts mark a potential final attempt to secure an organised exit from the European Union, a process triggered almost three years ago when the UK public voted in favor of leaving.

© Sputnik / Demond Cureton
French Politician Urges UK Not to 'Export its Political Crisis' Over to Europe
However, the United Kingdom remains set to participate in elections to the European Parliament, being due to elect a full 73 members despite having previously been set to exit the union on 29 March.

The election is now widely being seen as an opportunity for euroskeptic voters to punish the Conservative party for perceived failures over the Brexit process, with recent polls showing the newly formed Brexit Party still ahead on around 33 percent of the potential vote.