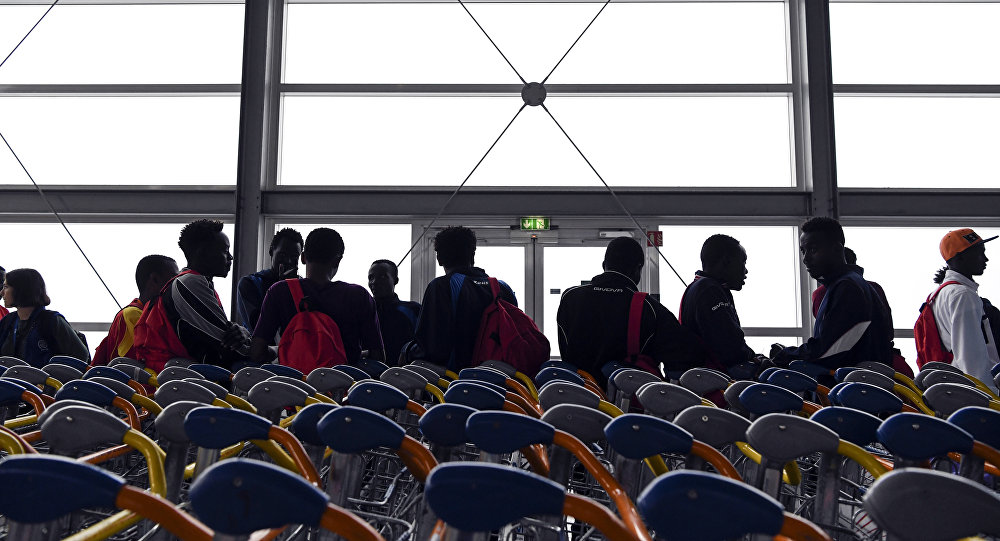 According to journalists, a large crowd of people gathered at the escalators leading to the second terminal of the airport. They were quickly blocked off by police.

In total, about 400 illegal immigrants took part in the picket.

#Update: Just in — Video of the moment these 400 African illegal immigrants stormed in the terminal of the Charles de Gaulle Airport in #Paris. #France pic.twitter.com/vPaxkpseDz

#Update: And here are they screaming give us all the papers we need and stop the deportation of our friends, at the Charles de Gaulle Airport in #Paris. and demand prime minister Édouard Philippe, will give all of them permanent legal status to stay in #France. pic.twitter.com/AH8K1BdkGH

The European migration crisis, which broke out in 2015, caused an increase in the number of unaccompanied minors arriving in France. The French office of the European Migration Network estimates that the number skyrocketed from 4,000 in 2012 to 13,000 in 2016, and reached 25,000 in 2017.

In accordance with the quotas for migrant redistribution across EU countries, each EU state is expected to take in a certain number of refugees. The system has been the source of a conflict in the bloc as several countries are opposed to accepting more migrants.

Migrant Tries to Pass as Teenager in France, Turns Out to Be 47 Years Old