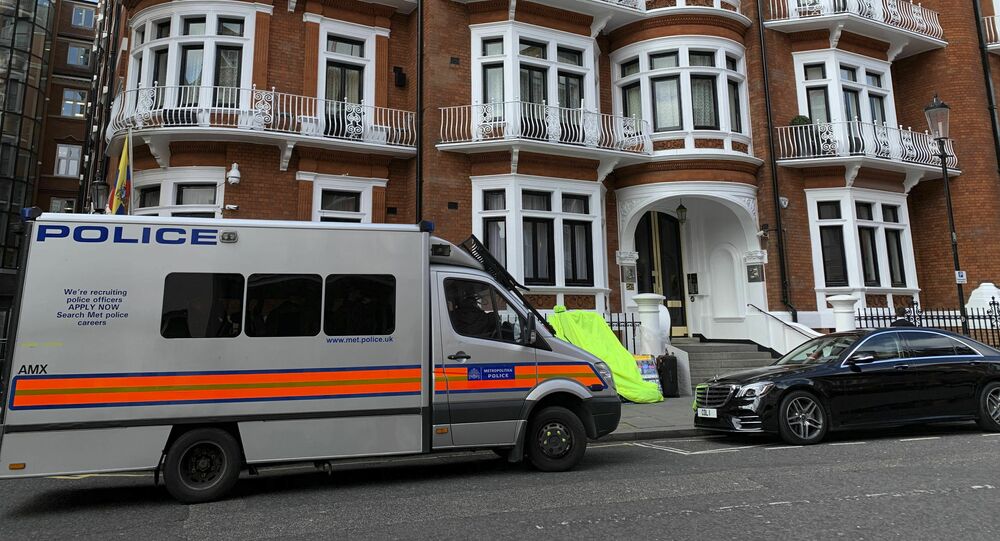 Police are getting ready to seize the belongings of WikiLeaks founder Julian Assange and search for documents and possessions he left behind when he was arrested by police after Ecuador had revoked his asylum status on 11 April.

On Sunday, the newspaper El Pais reported that Ecuador would provide the US with Assange's mobile phones, computers, memory cards, and other data storage devices following a search of the room where he resided for almost seven years.

In turn, the coordinator of his defence in court, Baltasar Garson, said that the decision of the Ecuadorian party completely violates the institution of asylum.

Washington, who is seeking Assange's extradition on charges of conspiracy to commit computer intrusion, has until 12 June to provide London with all the necessary documents on the issue.

The WikiLeaks founder was arrested in the UK capital on 11 April, after Ecuador revoked his asylum status. He was then sentenced to 50 weeks in jail for jumping bail back in 2012, when he took refuge inside the Ecuadorian Embassy in London to avoid extradition to Sweden over a sexual assault investigation that has since been dropped.