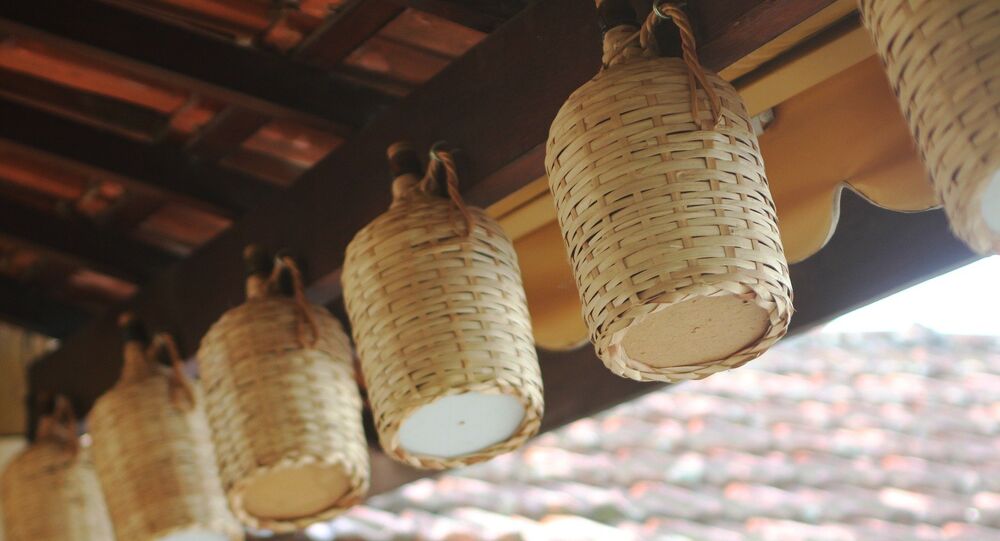 Sebastien David, a French winemaker from the Loire Valley has received a legal break, after initially being ordered to destroy more than 2,000 bottles of his organic “bio” wine. He has now been granted a temporary reprieve pending a further investigation into his case.

Following an inquiry by the consumer and fraud office, DGCCRF (la Direction Générale de la Concurrence, de la Consommation et de la Répression des Fraudes), it was found that David's "Coef" 2016 appellation Saint-Nicolas-de-Bourgueil acidity levels were too high at 21.8 (milliequivalents per litre). The European standard is a maximum of 20, meaning his wine coulnd't be sold.

© CC0 / Pixabay
Georgia to Make Wine in Space, Wants NASA to Help
While this week an administrative court in Orléans ruled to postpone the order to destroy the wine, it hasn't been cancelled.

Christèle Chouin, member of Biocentre which is an organic producers association, is concerned by the situation. She believes that this is part of a struggle that small wine producers are facing against large agribusinesses.

"Sebastien was in a difficult situation, and not only he, but also his workers, his wife and friends. He believes that he was treated unfairly", Chouin explained.

"At first after the analysis, a slightly higher level of acidity was detected. Of course, a penalty is imposed for exceeding the allowed acidity. But a repeated analysis showed a different result and it wasn't taken into account. This suggests that there was some manipulation and the wine could've been replaced. That's how agribusinesses fight against small producers".

Instagram/blancobun
Plushy Bunny Could Be Best Drinking Companion if Wine Wasn't Prohibited for Animals
The French winemaker took matters into his own hands and in March ordered two independent analysis and the results showed that the acidity levels of his wine were within acceptable ranges (19.3 milliequivalents).

But this did not convince the inspectors, and they referred the case to the highest court in the city of Tours, which found no grounds for legal proceedings. This was the first short victory for Sebastien David. On 12 April, the prefect of Indre and Loire ordered the winemaker to destroy the wine within a month.

He felt he had no way out, so he decided to go to the administrative court of Orléans, which would at least give him time.

READ MORE: US Man Jumps From 33rd Floor After Stealing $1.2Mln Worth of Wine From Boss

According to Christèle Chouin, "a question arises: is the agro-industrial business putting pressure on the French administration?"

"The agro-industrial business isn't at all interested in producing organic products, especially wine. There are many products that can be used in vineyards and warehouses in the production process of ordinary wine. I hope they won't start producing wine without grapes? Agribusiness is suspicious of organic wine, as a lot less extra products are used in its production process".

Christèle Chouin also noted that the evaluation of products that are used in the production of wine is also different. This includes, in particular, glyphosate and copper sulfate, the so-called "bio-winemakers pesticide", which some consider dangerous.

"Copper does not suit the authorities, since it is a natural element, unlike glyphosate, that's far from natural. Let me remind you that this is a carcinogen. Producers of organic products reflect on the position of the agro-industrial complex and what is happening among lobbyists who are snarling around our administrative institutions and bodies that set the standards."

But is there is a risk that because of such precedents winemakers will not want to produce organic wine? Chouin believes that this won't happen:

"On the contrary. The case of Sebastien David has strengthened the solidarity between winemakers, and it will continue to manifest itself. Without such cases, you can't change anything. It is unlikely that this will discourage those who believe it's possible to produce high-quality products".

© AFP 2020 / Lionel CHAMOISEAU
Bon Voyage! 72yo Frenchman Sails 4,500 Miles on 4 Month Journey in 'Barrel Boat'
It is not only the winemakers who share a sense of solidarity with Sebastien David. A petition in support of David on the change.org website called "The prefect has ordered to destroy his wine. Support Sebastien David, the bio winemaker!" had already received more than 160,000 signatures by 14 May.

For Sebastien David, the next stage will begin after 31 May when the court will either confirm or cancel the decision by the prefecture. But Christèle Chouin is optimistic:

"We won't lose hope. Hope is one of the components of the ‘bio' philosophy".