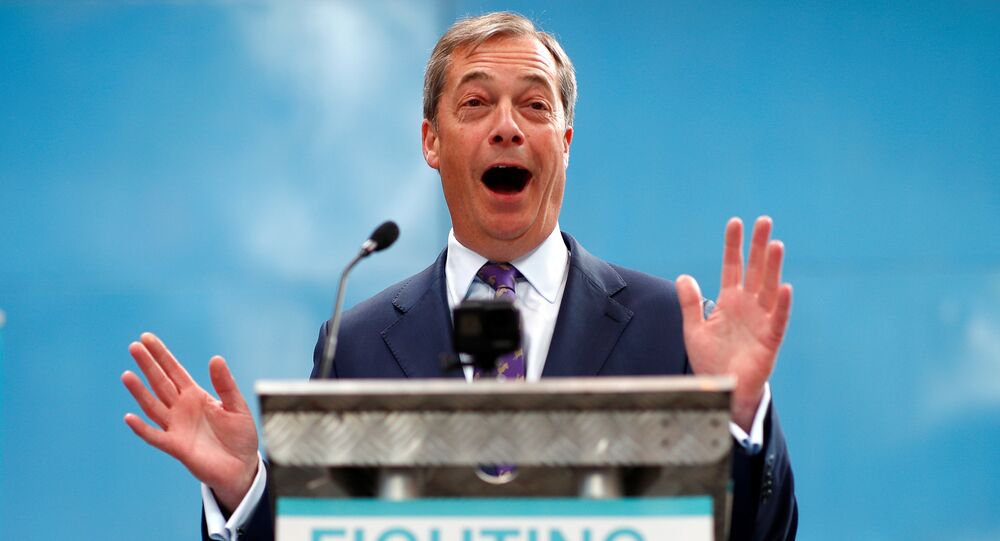 With the constantly delayed Brexit date and Britain set to partake in European parliamentary elections end of May, UK politicians have been engaging in fiery exchanges and endless blame-game over the UK-EU relationship.

Leader of the freshly formed Brexit Party, Nigel Farage, has lashed out against what he called a "coalition of parliament against the people" and branded the current state of Brexit affairs "a genuine democratic crisis."

The Brexiteer was joined in a televised panel discussion on Thursday night by Remainer Anna Soubry, work and pensions Secretary Amber Rudd and Jonathan Reynolds, shadow economic secretary to the treasury.

When asked if the current Westminster leadership should be concerned about his party, Farage said:

"As leader of the Brexit Party, I want Theresa May to stay in office as long as possible as she's doing a fantastic job of recruiting for us. The truth of it is, the Brexit Party has appeared, it shouldn't have even have to have appeared because we should have left on the 29th March."

Brexit Party's candidate will run for a parliamentary seat in the constituency of Peterborough in June. If successful, it will be the first Brexit Party MP at Westminster. Much like the UK Independence Party he was led, Farage's new venture is centred on leaving the European Union.

He criticised UK's failure to fulfil the provision of the 2016 Brexit referendum and leave the EU on 29 March 2019.

​A Remainer and a member of the Change UK Independent Group, Anna Soubry, accused Farage of lying in the run up to the 2016 referendum when as he praised Norway's position vis-à-vis the European bloc.

Even the host of the show came under fire on social media, after letting down Farage easy, by saying that the immigration poster he posed with and supported in the lead up to the referendum  was "ancient history."

Mr. Farage has been caught out in the aftermath of the Brexit vote, when he said that he could not guarantee that the £350 million that had previously been given to the EU each week would now be used for the NHS — a statement he defended during the Leave campaign.