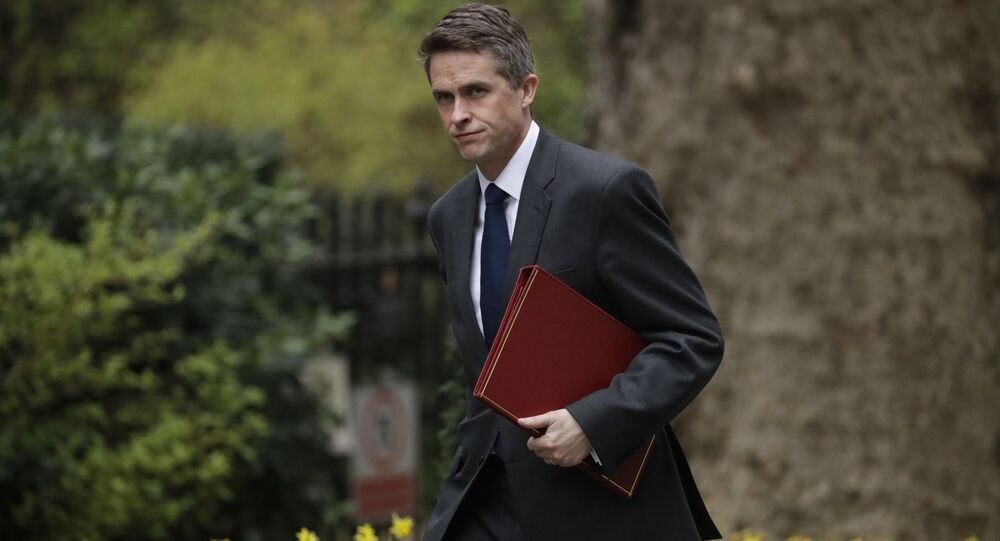 Williamson flatly denies having spoken to journalists about a top-secret meeting of the National Security Council, but PM May says there is "compelling evidence" that he was responsible for one of the most famous leaks in recent times.

Gavin Williamson, the recently sacked UK defence secretary, toured a top-secret nuclear naval base two days before PM Theresa May fired him over accusations of him leaking details of a behind-closed-doors discussion on Huawei's role in the UK's 5G build-up.

UK media report that Williamson went on board HMS Vigilant, one of the four submarines that carry Trident ballistic missiles, the UK's strategic nuclear deterrent.

His tour was timed to coincide with the 50th anniversary of Operation Relentless, Britain's continuous at-sea deterrent and its longest ongoing military programme.

Williamson appeared "almost a bit manic" when he was on board, according to The Sun.

He was also quoted as warning of security threats facing the nation. "We always go on the assumption that we are always under attack," he told reporters.

"There are always nations that want to learn our secrets."

It came just shortly before Williamson' dramatic firing over the Huawei 5G leak row. A report in the Daily Telegraph last week revealed differences between cabinet ministers and top security officials sitting on the National Security Council over whether to allow Chinese telecom company Huawei to take part in the UK's future 5G network.

This news drew outrage from some MPs and members of the intelligence community, who asked for a probe to find out who was divulging confidential information about national security beyond the trusted circle.

In a blunt letter to Williamson, Theresa May said investigators had found "compelling evidence" that the defence secretary was behind the leak.

© AFP 2021 / Oli Scarff
Theresa May Bars Criminal Investigation of Disgraced Defence Minister Over Huawei Leak
He reportedly admitted to an 11-minute phone call with a Telegraph journalist the same day the newspaper published a story about the Huawei discussion. However, he strenuously denied revealing what happened during the National Security Council meeting, and called the leak inquiry a "witch-hunt from the start" and "swore on his children's lives" that he was not the person behind the leak.
...
Reddit
Google+
Blogger
Pinterest
StumbleUpon
Telegram
WhatsApp
110