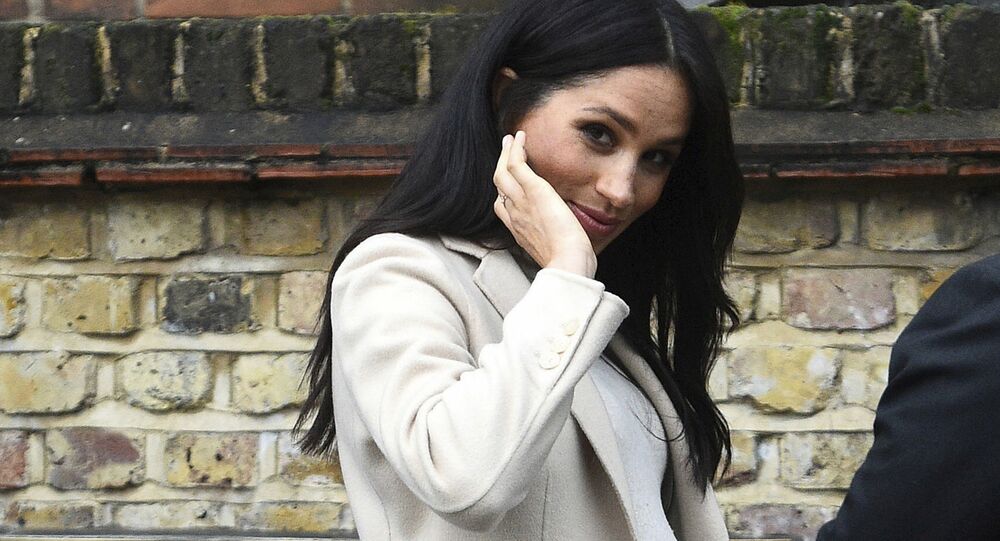 Despite an abundance of recent claims that the newly-minted parents are already welcoming their firstborn’s arrival “in private”, as sneakily suggested in a statement by the extended royal family, one small detail appears to have confirmed something different, giving away the truth.

As the Duke and Duchess of Sussex used their joint social media account to wish their nephew, Prince Louis, many happy returns on his first birthday, royal commentator Kaitlianj Menza assumed the choice of words used in the post points to the fact that the much anticipated royal baby has yet to be born, despite multiple rumours as of late that the baby is already there, to the family’s joy.

“The important thing is really just that it read something like ‘happy birthday, Louis, sending lots of love from both of us. Cake emoji, balloon emoji xo”, Menza was quoted as saying on her podcast Royally Obsessed, underscoring the part “from both of us”.

She noted that had the royal baby been born, the person, “whoever wrote it — we all have our ideas” would have put it “the three of us” or just “from us” when coming up with their birthday wishes.

Meghan Markle is expected to give birth to her and Harry’s first child in late April — early May, as she confirmed in January that she was six-months pregnant and suspended her royal duties in March in the run-up to the much-awaited big day.

After the royal couple announced last week that they “will celebrate privately” the baby’s arrival, per  Buckingham Palace’s statement, many rushed to suggest that they had already become parents and were enjoying their new status privately in their new home at Frogmore Cottage, where they moved earlier this year after having  lived side by side with William and Kate for roughly a year.

"Their Royal Highnesses have taken a personal decision to keep the plans around the arrival of their baby private”, Buckingham Palace wrote in a statement, adding that the couple looks forward to sharing the exciting news “once they have had an opportunity to celebrate privately as a new family”.

The speculation started to run even higher after Prince William and the Duchess of Cambridge went to see the Sussexes at their new family home on Easter Sunday, which they had been originally scheduled to spend with the rest of the royals to mark the major Christian holiday, as well as the Queen’s 93rd birthday.

Commenting on the off the cuff visit, a source told BAZAAR that William and Kate “visited because Meghan was unable to attend the service” and that they wanted to “be supportive and see how she is doing”.

Amid multiple claims about a possible rift between the Fab Four, during the Easter get-together the two couples were reported to have chatted for about half an hour, with Kate allegedly asking Harry to extend “an olive branch” to William.

According to the Daily Mirror, the Duchess has been on perfectly friendly terms with Harry and they have developed a close bond over the years, with the sources saying that Kate is “acutely aware of the importance of William and Harry getting along” and that she has been eagerly facilitating a warm relationship between the brothers.