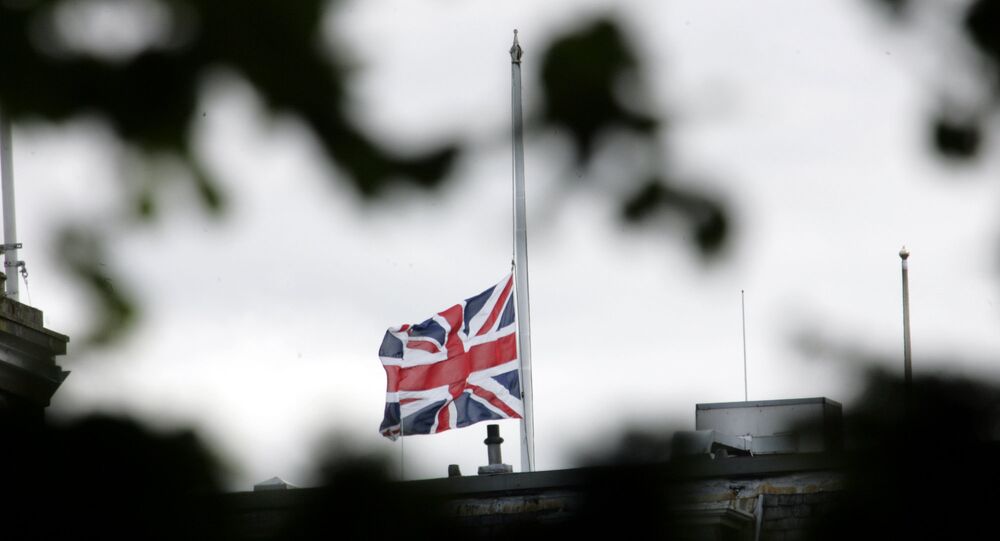 Phillipe Lamberts, co-leader of the Belgian Green Party, has repeatedly made scathing interventions into the Brexit debate.

Prominent MEP Philippe Lamberts has said Nigel Farage's nascent Brexit Party will be powerless in Brussels even if they do gain seats in the May European elections.

"You listen to the rhetoric of Jacob Rees-Mogg, Boris Johnson and Nigel Farage and they are speaking about the British Empire and it is long dead. Gone are the days when a tiny country could rule over a significant chunk of the world. Global Britain had already happened and it happened through the EU not through nuclear bombs and nuclear submarines. The British Empire is long dead and because of that Brexit is a lose-lose so you cannot make a success of it," he said.

Whether Lamberts' claim Farage's party will be toothless in the European Parliament is accurate or not, polling indicates the party could well put in a strong performance in the vote. A YouGov poll published 13th April placed the party on 15 percent — one percentage point behind the Conservatives, and third in the overall running.

© AP Photo / Tim Ireland
Sun Sets on the British Empire: Northern Irish Want Out After Brexit
The pollster further suggests there are "many reasons" to believe the party's standing will rise yet further in weeks to come, with data indicating a significant chunk of voters who backed the Conservatives in 2017 are dissatisfied with the direction the party is heading on Brexit — a mere 11 percent think the government is handling Brexit well, compared with 84 percent who think Whitehall's handling it badly. Additionally, voters who backed the Conservatives at the last election think that leaving the EU without a deal — which the Brexit party advocates — would be a preferable outcome to Theresa May's deal passing (48 percent for the former versus 21 percent for the latter). While a divisive character, Farage also remains popular among key voters his party needs to win over — 56 percent of leave voters who backed the Conservatives at the last election have a positive opinion of him.

In addition to this, a low turnout may assist Farage's party — for the first time since 1999 the European parliament elections will not be held on the same day as local elections. That year's election had a turnout of just 24 percent.

It's not the first time Lamberts has made highly critical comments about Britain's ongoing Brexit strife. In March he said Prime Minister Theresa May was "devoid of the basic human skills needed to be a political leader".

At the height of the British Empire its main source of imports was…. 🤔 pic.twitter.com/TFghL2DCB1

"If there's one lesson we have learned from Theresa May's attitude is her inability to factor in what others think, her inability to form bonds of trust within her Cabinet. Again we've seen it between her Cabinet and the House of Commons but also within the European Council. When you listen to [Luxembourg's Prime Minister] Xavier Bettel — Mr Nice Guy by definition — he's someone who always tries to look at the good side of things. When he exited the Council, you feel like if even Xavier Bettel is upset by Theresa May she must be totally devoid of the basic human skills you need to be a political leader. And that is scary. That is scary," he despaired.

Nonetheless, Lambert also warned revocation of Article 50 — a failure to fulfil Brexit — would "smell badly" for many British citizens.

© AP Photo / Kirsty Wigglesworth
Brexit Won't Turn UK Into 'the Empire on Which the Sun Never Sets' – Analyst
"If you want a second referendum the UK would also need to take part in the European elections." He said the onus is now on "the UK government to make up its mind. Running down the clock and scaring people has failed. My hope is that the UK government will find a majority for a workable option. After that, the UK government has to do what it can to make this happen." He added, "If there is one lesson we have learned from all this it is Mrs May's attitude and her failure to factor in what others think and her failure to forge any trust in her own cabinet and also in the Commons."
...
Reddit
Google+
Blogger
Pinterest
StumbleUpon
Telegram
WhatsApp
202