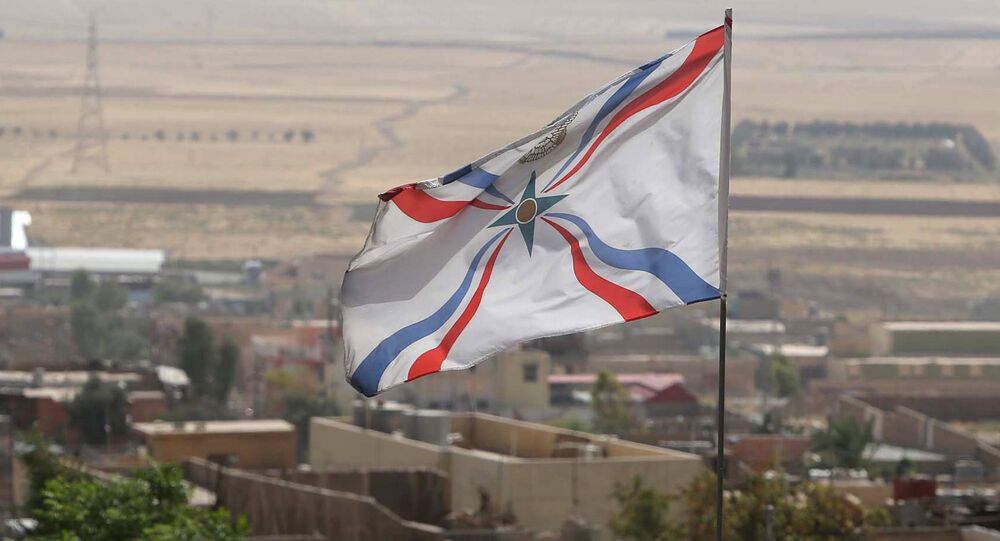 At about 120,000, Syriac Christians are one of Sweden's largest population groups. While many of them fled genocide in the Middle East, attacks against their churches and threats against their organisations are still not uncommon.

Following repeated threats, the Syriac National Federation in Sweden has stepped up security measures, from camera surveillance to its own security guards, the news outlet Samhällsnytt reported.

A recent Facebook post by the Syriac National Federation has detailed expletive-loaded threats it received from speakers of Arabic. After the conversation, the association reportedly contacted the police. The police, however, chose not to investigate the matter, explaining that obscene language was not illegal.

According to the federation's coordinator, this is not the first time such an incident has occurred. Most often, he said, the callers speak either Swedish with a thick Middle Eastern accent or even Arabic.

"As soon as something happens in the Middle East or we are somehow visible in the media, we get these calls, so we are used to this", he told the news outlet Samhällsnytt.

According to the coordinator, the accusations directed as Syriacs sometimes include "running the Western countries' errands in the Middle East".

"At one point they say they will do the same to us in Sweden as they did in the Middle East. A genocide has been carried out in the Middle East against Christians. We have fled these groupings to Sweden, but they have caught up with us here," the coordinator told Samhällsnytt.

The Syriac National Federation has repeatedly turned to the authorities, but found no understanding, except among the Christian Democrats. When asked why, the coordinator ventured

"I don't really know, it's maybe fear of the Islamophobic card", the coordinator ventured.

According to Samhällsnytt, there is a widespread feeling of resignation among Syriacs in Sweden amid concerns over the future of the rule of law and the state's ability to protect people and prosecute crimes.

"We expect some f*****g civil war between different groups unless someone puts their foot down. The people who did terrible acts in the Middle East, they are here now… and no one seems to care," the coordinator concluded.

The incident has caused strong reactions in the Syriac circles. While some argued that the time was ripe to leave Sweden if the state is unable to protect all its citizens, others suggested to get "a police force of our own" in the comments.

Syriac churches in Sweden have witnessed a series of bomb and arson attacks, such as the Saint Afrem church in Södertälje and the Saint Mary church in Norrköping.

Syriacs or Assyrians are a Christian ethnic group spread over Syria, Iraq, Iran and Turkey. Some of them self-identify as Arameans or Chaldeans. The group speaks a variant of Aramaic, the language of the Bible. Sweden is home to an estimated 120,000 Syriacs, while their number in the Middle East has decreased after a period of religious persecution at the hands of Islamist extremists.