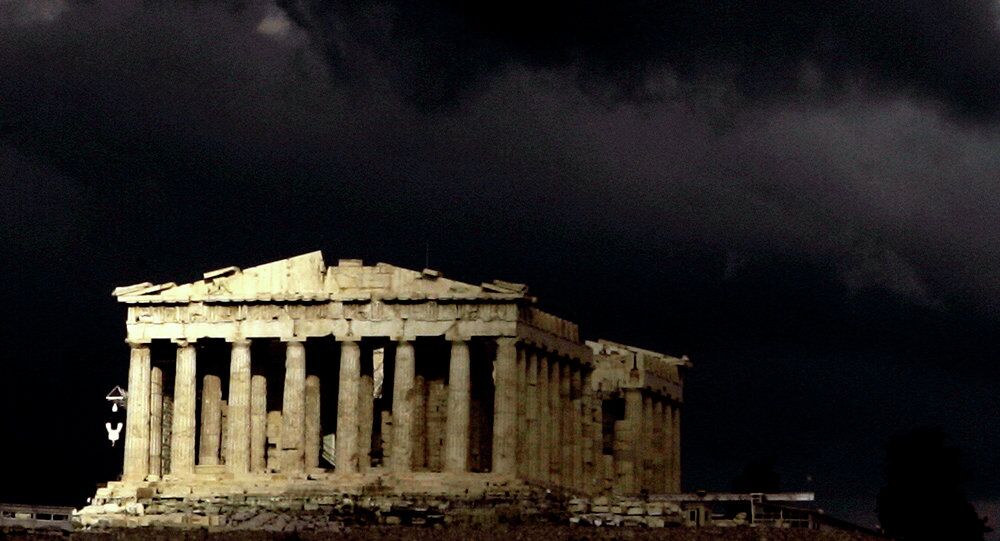 The incident occurred at 4 pm local time as the lightning damaged a lightning rod and hit the booth from where the Acropolis security staff operates, the online news portal Keep Talking Greece reported.

A bolt of lightning struck Acropolis in Athens injuring four people, Greek authorities said on Wednesday. Two female guards and two tourists are among the injured.

© AP Photo / Thanassis Stavrakis, File
Athens Int'l Airport Ramps Up Security After Call About Attempted Hijacking Plane en Route From London
The condition of one of the security staff is serious, Greek media reported. However, later in the day, the AP news agency reported citing a culture ministry official that none of the wounded has sustained serious trauma.

The representative of the ministry also commented on the state of Acropolis, noting that the lighting didn't damage the popular archaeological remains.

This comes as Athens and the prefecture of Attica have been witnessing dangerous weather conditions, including thunderstorm, hail and rain for the last couple of hours.

Sheltering from a rain storm in Athens and just saw a lightning bolt hit the acropolis. Zeus seems still to be around

At the same time, eyewitnesses turned to Twitter to comment on the heavy rainstorm in Athens, jokingly suggesting that it might have come from the hand of Zeus.

Parliamentarian Injured in Clashes Between Police, Protesting Teachers in Athens