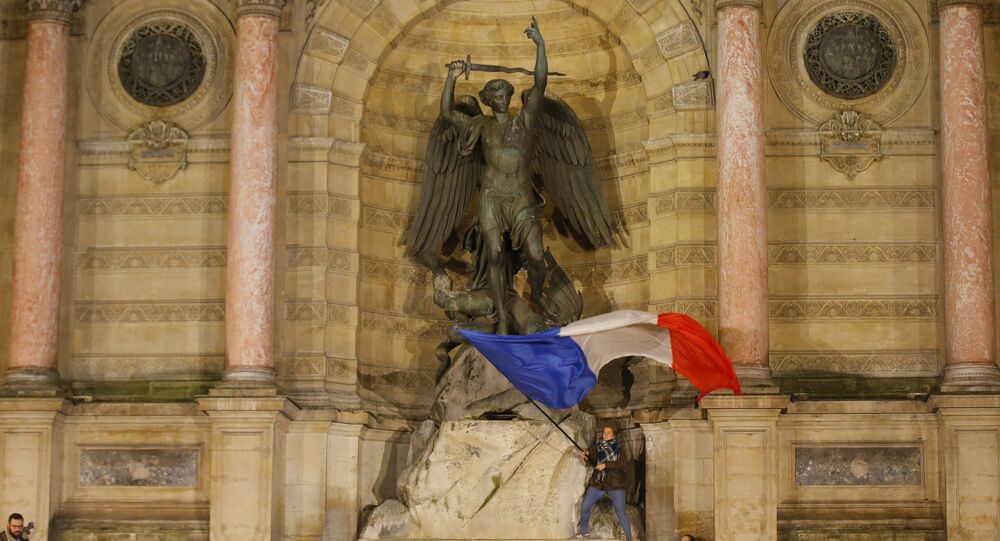 One day after the historic Notre Dame de Paris cathedral was gutted by fire, Parisians have rallied to hold a vigil for the beloved 850-year-old church.

Hundreds of people came together after dark on Tuesday to commemorate Notre Dame, a Roman Catholic cathedral that has been an imposing, towering facade on the Paris skyline since its completion in 1345. The church caught fire Monday, just a week before Easter mass, one of the church's biggest attractions of the year.

However, others gathered at other vigils around the city as well.

They gathered near St. Sulpice church, about a kilometer from where Notre Dame smoldered inside its still-standing stone facade, to share inspiring and hopeful words, prayers and songs before marching to the cathedral, which sits on an island in the River Seine.

​Musicians performed for the gathered crowd, including a choir and a string ensemble.

​At one point, a fire engine roared past the crowd, which temporarily halted the program amid a burst of cheers for the firefighters.

The Monday fire is believed to be connected to restoration work on Notre Dame's roof, which was mostly made of wood. Fortunately, most of the art and holy relics housed in the cathedral were removed before the burning roof collapsed, destroying the inside of the 856-year-old building. Firefighters did manage, however, to save the stone facade of the structure and its iconic bell towers.

French President Emmanuel Macron pledged Tuesday to rebuild the cathedral, saying it could be restored in as little as five years.