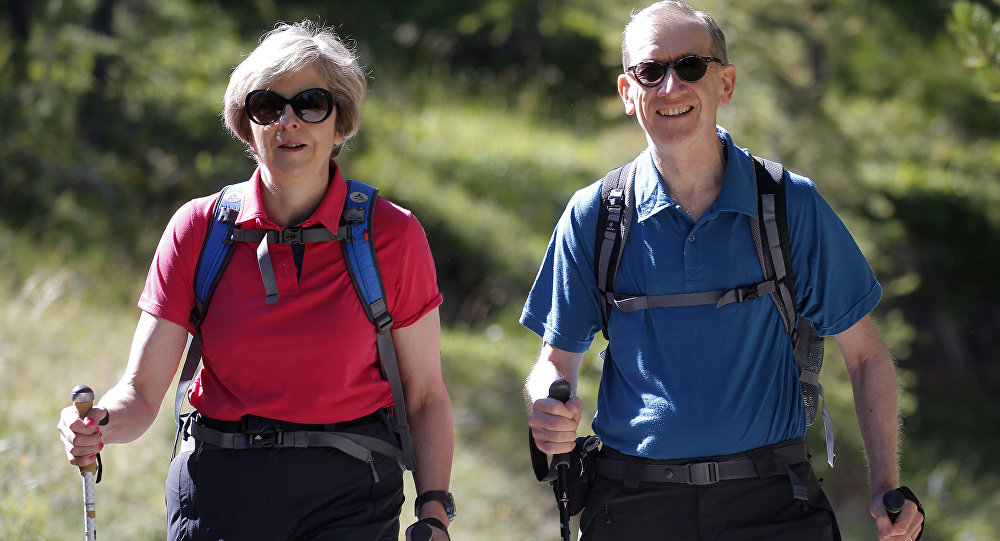 In June 2017 Theresa May took a walking holiday in Wales and decided to call a snap general election, which saw the Conservative government lose its majority in Parliament.

Downing Street has announced that British Prime Minister Theresa May is to go on a walking holiday in Wales, triggering a tidal wave of jokes on social media.

Two years ago, during a trip to Snowdonia in north Wales, Mrs. May made the fatal decision to call a snap general election in the hope of increasing her majority and making Brexit easier to push through.

But she was a disaster on the campaign trail and ended up losing seats to Labour and the Liberal Democrats, forcing her to rely on the Democratic Unionist Party (DUP) for a working majority.

Since then she has failed three times to push her negotiated Brexit deal through Parliament and has been forced to crawl back to German Chancellor Angela Merkel and French President Emmanuel Macron and beg for a further extension until 31 October.

Mrs. May's government is now involved in cross-party talks with Labour in a bid to hammer out some sort of deal which they can get past Parliament.

A Downing Street spokesman said on Monday, 15 April, the government will continue to plan for the possibility of a no-deal Brexit.

May's spokesman also told reporters the prime minister was not thinking about calling an early national election as a way to break the Brexit impasse in parliament.

Mrs. May and her husband Philip are very fond of walking holidays and have been to Italy and Switzerland in recent years, as well as Wales.

Her choice of holiday destination will be seen by some as a vote of confidence in the British tourist industry but has been mocked by Remainers who suggested Italy or Spain were more attractive places to go on vacation.