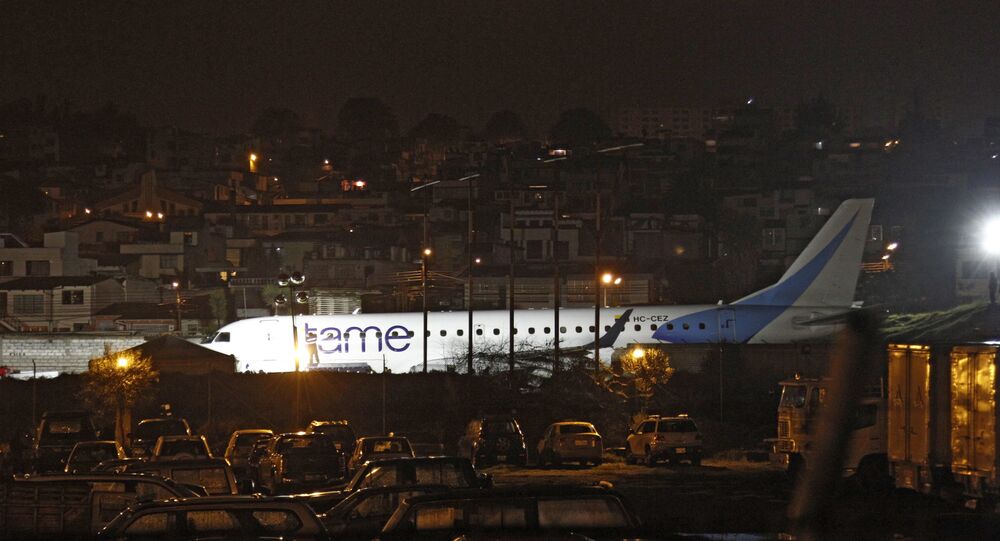 The Swedish Foreign Ministry has confirmed that a 35-year-old Swedish national with alleged close ties to Assange has been detained in Ecuador. The Foreign Ministry is following the case. The detainee was offered consular assistance, which he accepted.

According to the TT news agency, referring to the newspaper El Comercio, the Swedish citizen has been detained for 90 days.

"We can confirm that a 36-year-old Swedish citizen has been detained in Ecuador. He is being represented by a lawyer. This person emigrated and lives in Ecuador", Foreign Ministry spokeswoman Sofia Naringbauer stated.

The Ecuadorian Prosecutor's Office has published a photograph of items seized during a search of the Swede. It shows several laptops, tablets, USB cables, mobile phones, adapters, credit cards, etc.

© AP Photo / ASSOCIATED PRESS
This Friday, April 12, 2019 handout photo provided by the State Attorney General's Office, shows items confiscated from the Ecuadorian residence of Swedish programmer Ola Bini, who was arrested Thursday, April 11, 2019, at the airport in Quito, Ecuador, while preparing to board a flight to Japan.

Swedish coder Ola Bini was arrested on 11 April at the airport in the Ecuadorian capital of Quito as he prepared to board a flight to Japan. Сountry's interior minister Maria Paula Romo has previously stated that the arrested man was "very close to Assange".

The arrest came just hours after Assange was evicted from the Ecuadorian Embassy in London. Bini was carrying at least 30 electronic storage devices.