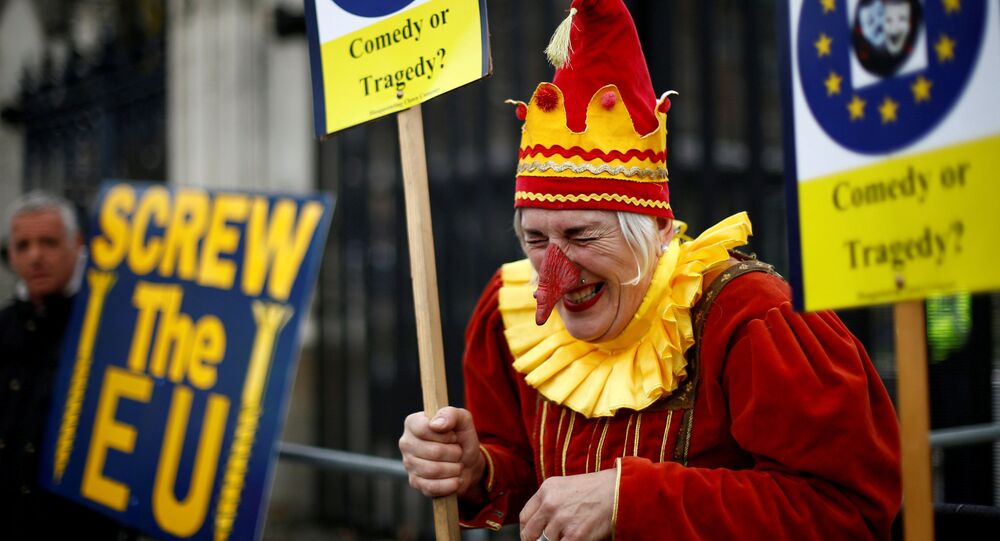 MOSCOW (Sputnik) - The UK House of Commons on Friday rejected the withdrawal agreement for the third time in a 344-286 vote. The European Council gave the UK an extension until May 22 if it was able to pass the Brexit deal by March 29. Now the UK has time until April 12 to find a new solution, otherwise, it is facing a no-deal Brexit.

UK Prime Minister Theresa May stressed that any longer extension would need to have a clear purpose and would have to be agreed unanimously by all the EU heads of state ahead of April 12. In addition, it was "almost certain to involve the United Kingdom being required to hold European Parliamentary elections," May said.

"On Monday, this House will continue the process to see if there is a stable majority for a particular alternative version of our future relationship with the EU," the prime minister said.

The Conservatives' ally in the parliament, the DUP, voted against the deal, as did most Labour lawmakers and other opposition parties. Only five Labour members backed the withdrawal deal.