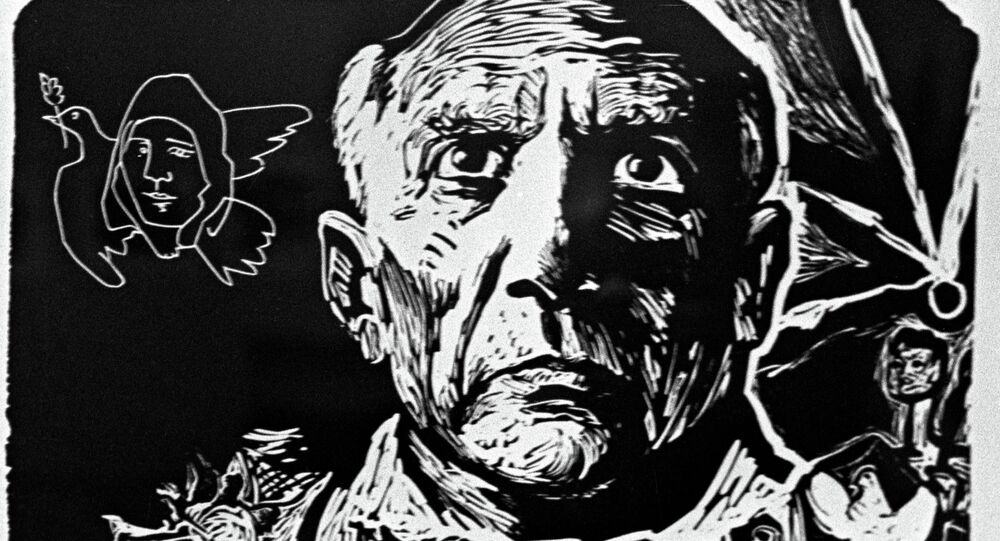 Buste de Femme was first painted in 1938, and is now thought to be worth US$28 million. The portrait of Dora Maar - Picasso's lover and muse for seven years - painting hung in his home until his death in 1973.

Dutchman Arthur Brand — known as the "Indiana Jones of the art world" — has found a Pablo Picasso painting stolen 20 years ago from billionaire Saudi sheikh Abdul Mohsen Abdulmalik Al-Sheikh's yacht, while it was anchored in Antibes for refurbishment.

Brand says the portrait circulated in the Dutch criminal underworld for years after its theft in 1999 — he told AFP, it was "often used as collateral, popping up in a drug deal here, four years later in an arms deal there".

Breaking: I just recovered the stolen 'Dora Maar' by Picasso. Painted in 1938 and stolen in 1999 in Antibes France. A great day for art-lovers, like me! pic.twitter.com/A0KciDJuza

​"Everyone assumed it'd been destroyed — that's what happens with 90 percent of all stolen art, because it can't be put on sale," he added.

Brand's search for the portrait began in 2015 after he heard a "Picasso stolen from a ship" was being circulated among criminals in the Netherlands, although he didn't know exactly which work it was.

​After years of searching, Brand determined the painting was Buste de Femme, also known as Portrait of Dora Maar. Maar, born Theodora Markovitch in 1907, was a renowned photographer and artist who was in a romantic relationship with Picasso 1936 — 1943. She died in 1997, aged 89.

Once he knew which artwork he was hunting for, he was able to put out appeals to people who may have inadvertently bought it — at the start of March, he got a response.

"Two representatives of a Dutch businessman contacted me, saying their client had the painting. He was at his wits' end. He thought the Picasso was part of a legitimate deal. It turns out the deal was legitimate — the method of payment was not," he told AFP.

This drawing by Rubens was stolen during WWII. It must be somewhere in Belgium. The previous owner says he sold it but refuses to say to whom… pic.twitter.com/K6ccEtlyPU

​They then brought the masterpiece to his flat in Amsterdam, wrapped in a sheet and some black rubbish bags. After he recovered the painting, he hung it on his wall for the night "and thoroughly enjoyed it".

Police in France and the Netherlands have said that they will not prosecute the painting's last owner — it's now in the hands of an insurance company, which will decide what to do with the masterpiece next.

I'm available for #lectures about our quest for Hitler's Horses.

​Brand made headlines in 2018 after locating a Byzantine mosaic of Saint Mark, stolen from a church in North Cyprus in the 1970s after the Turkish invasion — he found the 1,600-year-old piece in a flat in Monaco. He also won acclaim in 2015 when he found Hitler's Horses — two bronze statues made Nazi sculptor Joseph Thorak for the German leader and his chief architect Albert Speer, which went missing from a Soviet military base outside Berlin at some point after the collapse of the German Democratic Republic.