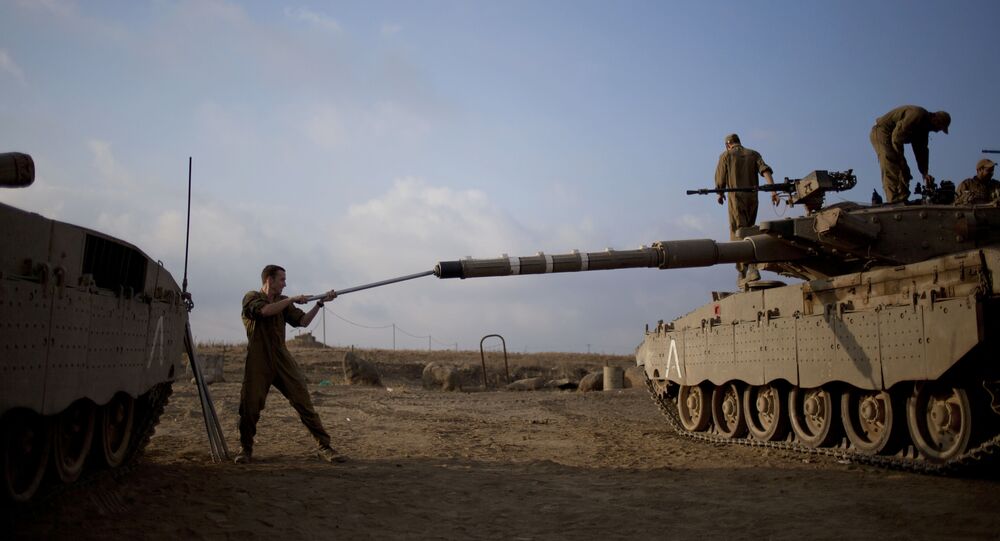 Earlier, US President Donald Trump wrote on Twitter that now was the time for the US to recognize the Golan Heights as part of Israel. According to him, the time has come to take such a step in the interests of the security of Israel and the region as a whole.

"The Golan is a territory occupied by Israel since 1967. France does not recognise the Israeli annexation of 1981," the Fench Foreign Ministry said in a daily briefing, adding that UN Security Council resolutions had recognised the annexation as illegal.

The same stance has been voiced by a German government spokeswoman, who said that the Golan Heights is a Syrian territory occupied by Israel.

"If national borders should be changed it must be done through peaceful means between all those involved," spokeswoman Ulrike Demmer said.

© AFP 2021 / JALAA MAREY
Israel No Longer Occupies Golan Heights, US State Department Indicates
Earlier in the day, the European Union stressed that it does not recognise Israel's sovereignty over the Golan Heights.

"The position of the EU has not changed," an EU spokeswoman said. "The European Union, in line with international law, does not recognise Israel's sovereignty over the territories occupied by Israel since June 1967, including the Golan Heights and does not consider them to be part of Israel's territory."

Earlier in the day, Iranian Foreign Minister Mohammad Javad Zarif has expressed the position of the Organization of Islamic Cooperation (OIC) member states, condemning the Trump's statement on the necessity to fully recognise Israel's sovereignty over the Golan Heights.

The Golan Heights, considered by Syria to be a part of its territory, was occupied by Israel during the 1967 Six-Day War. It was not until 1981 that Tel Aviv passed legislation formally annexing the area.

The United Nations has not recognised the annexation.