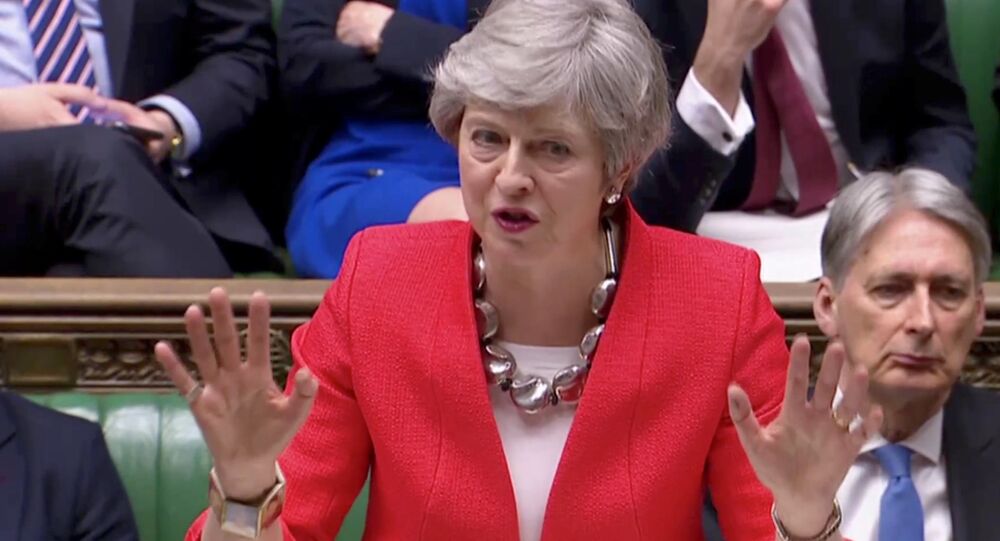 UK Will Not Leave EU on March 29 - Prime Minister

British Prime Minister Theresa May has said her country will not leave the European Union on March 29, as originally planned, but said the departure wouldn't be delayed any further than June 30.

"Nearly three years have passed since the public voted to leave the European Union," May said in a Wednesday address to the nation. "It was the biggest democratic exercise in our country's history. I came to office on a promise to deliver on that verdict. In March 2017, I triggered the Article 50 process for the UK to exit the EU, and Parliament supported it overwhelmingly."

🇬🇧 — UK PM May With lIVE remarks on Brexit and more..https://t.co/EOtX9JdW5I

​"Two years on, MPs have been unable to agree on a way to implement the UK's withdrawal. As a result, we will now not leave on time with a deal on the 29th of March. This delay is a matter of great personal regret for me. And of this, I am absolutely sure — you the public have had enough," May said.

The United Kingdom was scheduled to leave the EU on March 29, 2019, but the British government's repeated failure to ratify an agreement signed between London and Brussels has left the country on the precipice of a "no-deal" Brexit, without a negotiated political, diplomatic or economic relationship after the end of the month.

"You're tired of the infighting, you're tired of the political games and arcane procedural rows," May told the public. "I agree. I am on your side. It is now time for MPs to decide," she said chiding lawmakers for failing to reach an accord and only being willing to list "what they do not want."

"Do [MPs] want to leave the EU with a deal which delivers on the result of the referendum, that takes back control of our money, borders and laws, while protecting jobs and our national security? Do they want to leave without a deal? Or do they not want to leave at all, causing potentially irreparable damage to public trust, not just in this generation of politicians, but to our entire democratic process? It is high time we made a decision."

Both May and the House of Commons have thoroughly rejected the idea of a "no deal" Brexit. May said Wednesday she wrote to European Council President Donald Tusk requesting the extension to June 30.