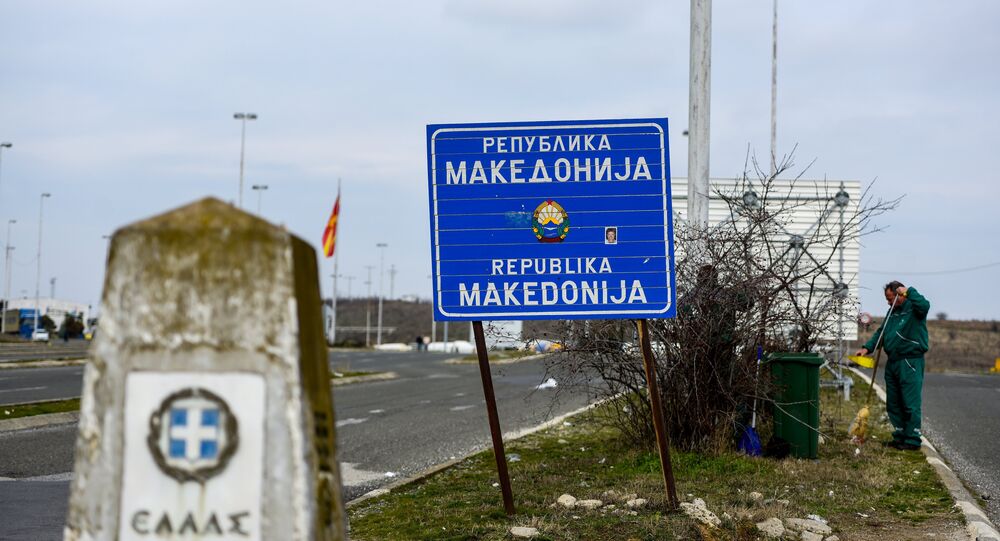 In January, the Greek Parliament approved the agreement between Athens and Skopje to rename the former Yugoslav Republic of Macedonia to the Republic of Northern Macedonia.

"On February 19, 2019, the Russian Embassy in Skopje received a note from the Ministry of Foreign Affairs of the Republic of Macedonia with the notification of the change of the official name of this country to the Republic of North Macedonia," the ministry said in a statement.

"The Russian Federation recognizes this country under the new name Republic of North Macedonia," the statement said.

© REUTERS / Ognen Teofilovski
Georgia, North Macedonia Establish Diplomatic Relations
Greece and Macedonia, officially known earlier as the Former Yugoslav Republic of Macedonia (FYROM), had been engaged in a name dispute for many years. Athens opposes the use of "Macedonia," which is also the name of a region in Greece.

In June 2018, Skopje and Athens signed an agreement on Macedonia's new name — the Republic of North Macedonia — which was met with criticism in both countries.

Nevertheless, the parliament of Macedonia approved on 11 January amendments to the constitution that would change the country's name. The Greek parliament ratified the agreement on 25 January.