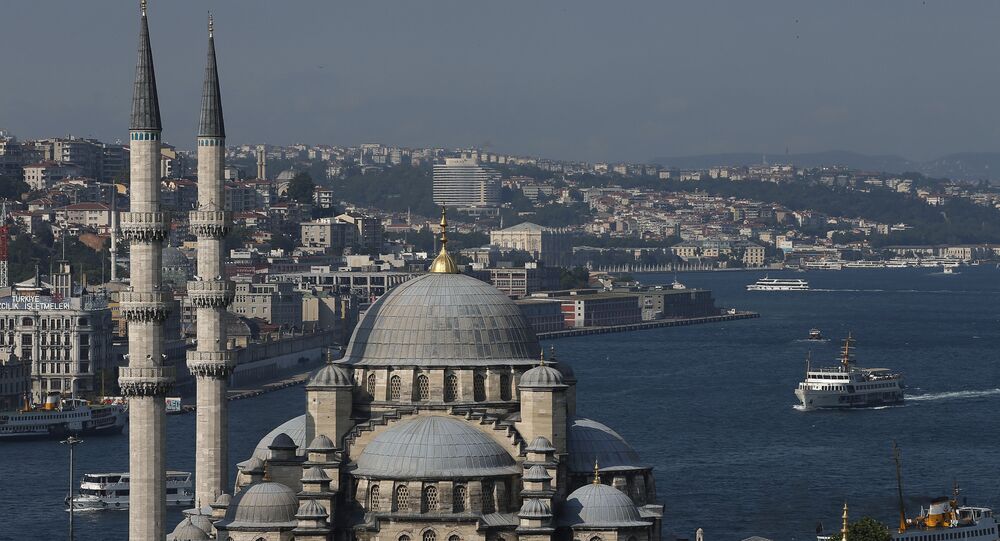 On Saturday, Germany updated its travel advisory for citizens visiting Turkey, warning that they could be arrested by expressing opinions displeasing to the administration of the current Turkish president, Recep Tayyip Erdogan.

"It cannot be ruled out […] that the Turkish government will take further action against representatives of German media and civil society organizations," a German Foreign Ministry travel advisory read.

"Statements, which are covered by the German legal understanding of the freedom of expression, can lead in Turkey to occupational restrictions and criminal proceedings."

As noted in the advisory, German journalists have been repeatedly detained in Turkey over the past two years without explanation, following a crackdown on the media by Erdogan and his administration — a government that has received mounting global criticism for its increasingly autocratic rule following a failed July 2016 coup that many Ankara watchers have suggested was staged by the ruling political party to bolster its base support.

Berlin journalists have been suspected by Ankara of supporting exiled cleric Fethullah Gulen, who has been been living in the United States since 1999. Gulen was accused by Erdogan of orchestrating the failed 2016 coup. The exiled cleric, who lives in a farmhouse far from any population center — has consistently denied his involvement in affairs of state.

In January, a German journalism organization the Committee to Protect Journalists (CPJ) advised members against traveling to Turkey, claiming that the country is "still the world's worst jailer of journalists."

"The past three years have recorded the highest number of jailed journalists since CPJ began keeping track, with consecutive records set in 2016 and 2017. Turkey, China, and Egypt were responsible for more than half of those jailed around the world for the third year in a row […] CPJ found at least 68 journalists jailed for their work in Turkey," the organization wrote in a December 2018 report.

Following the failed coup, Erdogan's administration has detained, imprisoned or jailed tens of thousands of educators, medical professionals and academics, as well as shuttering much of Ankara's radio, television and print media.