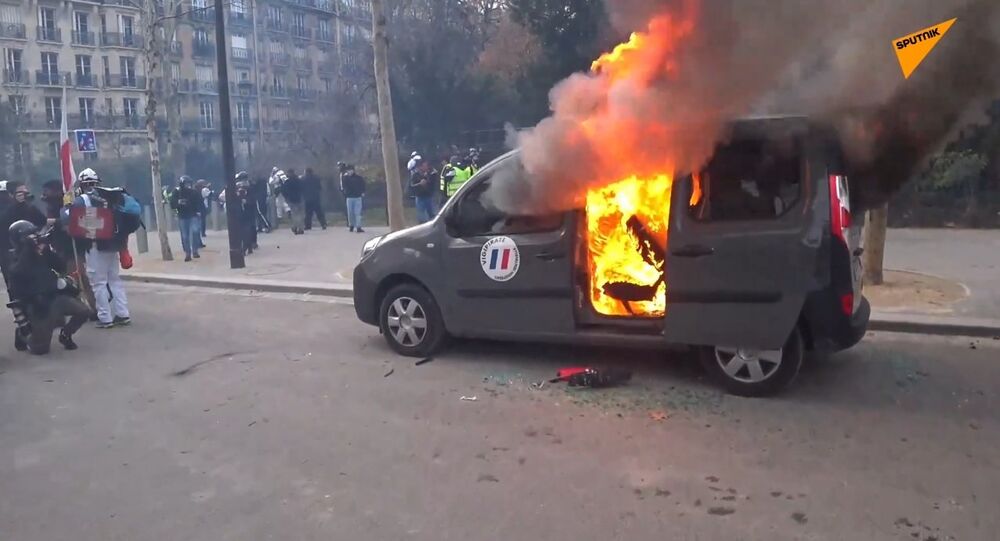 Several hundreds of protesters gathered on Saturday at the Place Charles de Gaulle in the French capital of Paris for the 17th consecutive weekend of rallies of the yellow vest movement opposing the French government's social policies, a Sputnik correspondent reported.

While these protesters are planning to walk around three miles during their march, another group of protesters is holding a sit-in demonstration. They are going to sit at the Champ de Mars in downtown Paris during the whole day.

© Sputnik /
Paris Responds to UN's Probe Demand Into Police Violence at Yellow Vests Rallies
On the same day, yellow vest protests are scheduled to take place in the French cities of Lille, Bordeaux, Toulouse and others.

Almost 40,000 people took part in yellow vest protests across France last Saturday, including 4,000 in Paris. The number of protesters has decreased significantly since last November, when the rallies started.

Large-scale demonstrations began in France on 17 November last year in the wake of the government's decision to raise fuel taxes. Despite the French authorities later discarding their plans, the yellow vests protesters, dissatisfied with the government's social policies, have continued to rally across the country.